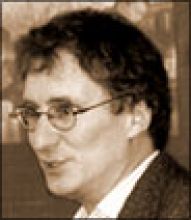 Robert Barnett founded and directs the Modern Tibetan Studies Program at Columbia, the first Western teaching program in this field. His most recent books are Tibetan Modernities: Notes from the Field, with Ronald Schwartz (Brill, 2008); and Lhasa: Streets with Memories (Columbia, 2006). His articles include studies of modern Tibetan history, post-1950 leaders in Tibet, Tibetan cinema and TV, women and politics in Tibet, and contemporary exorcism rituals. He teaches courses on Tibetan film and television, contemporary culture, history, oral history, and other subjects. From 2000 to 2006 he ran the annual summer program for foreign students at Tibet University in Lhasa and taught there. He is a frequent commentator on Tibet and nationality issues in China for the BBC, CNN, NPR, CBS, The New York Times, the Washington Post, and other media. He runs a number of educational projects in Tibet, including training programs in ecotourism and conservation.

Before joining Columbia in 1998, Professor Barnett worked as a researcher and journalist based in the United Kingdom, specializing in Tibetan issues for the BBC, the South China Morning Post, VOA, and other media outlets. In the 1980s he founded and ran an independent London-based research organization covering events in Tibet.

Part of the Who is the Dalai Lama? Colloquium Series