Home » Events » Is Abe Turning Japan to the Right? Constitutional, Legislative, Security and Other Issues after the Election

Is Abe Turning Japan to the Right? Constitutional, Legislative, Security and Other Issues after the Election 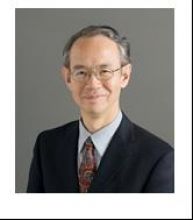 Mr. Agawa served as Minister for Public Affairs at the Embassy of Japan in Washington, D.C. between 2002 and 2005 on leave of absence from Keio University. In that capacity, he was in charge of public diplomacy and press relations taking more than 25 trips during his tenure across the United States to give speeches and meet people at various fora.

Before his diplomatic mission, Mr. Agawa was of counsel to the law firm of Nishimura & Partners between 1996 and 2002, and an associate of the Washington, D.C. office and Asian Partner of the Tokyo office of the law firm of Gibson, Dunn & Crutcher between 1987 and 1995. He is licensed to practice law in the State of New York and the District of Columbia. He was also with the legal department of Sony Corporation of Tokyo, Japan from 1977 and 1987. Mr. Agawa studied law and graduated from the Georgetown University Law Center in 1984. He also graduated, magna cum laude, from the School of Foreign Service, Georgetown University in 1977, after transferring from Keio University in 1975.

Mr. Agawa’s books include, among others: The Birth of an American Lawyer, The Friendship on the Sea: the United States Navy and the Japan Maritime Self-Defense Force, American History through the United States Constitution (for which he received the Yomiuri-Yoshino Sakuzo Award in 2005), Manifest Destiny on the Seas? The Birth and Rise of Pax Americana (edited and coauthored). He is also a co-translator into Japanese of Paul Johnson’s A History of the Jews and frequently contributes to various academic journals, opinion magazines and newspapers.

Mr. Agawa has taught at, among others, University of Virginia Law School, Georgetown University Law Center, Tokyo University and Doshisha University. He currently sits on the board of councilors of the Suntory Foundation, the International House of Japan, and the United States-Japan Council as well as on the board of directors of the America-Japan Society. He has also served on various occasions as advisor to the government of Japan as a private citizen.