Beyond Hard Power: Ten Years of Academic Engagement with North Korea, Pyongyang’s Motives and its Implications 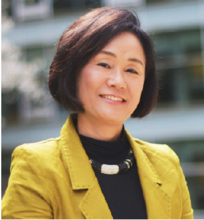 Professor Kyung-Ae Park holds the Korea Foundation Chair at the School of Public Policy and Global Affairs at the University of British Columbia (UBC). She is the Founding Director of the Canada-DPRK Knowledge Partnership Program (KPP), which is a long-term knowledge sharing and academic exchange initiative with North Korea. The KPP has been hosting six North Korean professors annually since 2011 for six-month periods of study at UBC. The initiative represents an unprecedented, ground-breaking program in North America. Since the mid-1990s, she has made numerous trips to Pyongyang and hosted North Korean delegation visits to Canada, playing a key role in promoting track II exchanges and diplomacy between the two countries. She is a former president of the Association of Korean Political Studies in North America, and also the author, coauthor, and editor of many scholarly publications on issues ranging from North and South Korean politics and foreign relations to gender and development. Notable publications include Non-Traditional Security Issues in North Korea; North Korea in Transition: Politics, Economics, and Society; New Challenges of North Korean Foreign Policy; Korean Security Dynamics in Transition, and China and North Korea: Politics of Integration and Modernization.  She has also authored articles in a number of journals, including Comparative Politics, Journal of Asian Studies, Pacific Affairs, Asian Survey, and Pacific Review.

Register in advance for this webinar:
https://yale.zoom.us/webinar/register/WN_JuAUEkd4QDiwNNfd3Qdkzw