Home » Events » From Buddhist Temple to Shinto Shrine: A History of Dazaifu Anrakuji/Tenmangū

From Buddhist Temple to Shinto Shrine: A History of Dazaifu Anrakuji/Tenmangū 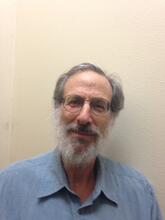 In 1868, one of the first acts of the new Meiji government was to declare that Shinto and Buddhist institutions must be separated.  For most of Japanese history, the nation’s two major religious traditions had been tightly integrated and so this change has been characterized as a “cultural revolution.”  My talk will focus on one component of traditional Japanese religion, the Tenjin cult, and how it was practiced at one of its principle centers located in Dazaifu, Kyushu.  The institution began, unambiguously, as a Buddhist temple, Anrakuji, but today flourishes as a Shinto shrine, Dazaifu Tenmangū.  The principle deity worshipped there,Tenjin, is the deified spirit of a Heian courtier, Sugawara no Michizane (845-903), who died, an exile, in Dazaifu, but was posthumously pardoned and the deified.  The place of his burial became the Buddhist temple Anrakuji and legends explaining Michizane’s deification have a strongly Buddhist tinge.  In contrast, the story of the founding of the cult’s center in the capital, Kyoto’s modern Kitano Shrine, included both Buddhist and Shinto elements, and by the Kamakura period, so did Anrakuji.  In Edo period, the Tenjin cult became increasingly popular, as did nationalistic thought calling attention to Japan’s Shinto tradition, and so the Buddhist elements at what had been Anrakuji became less conspicuous, as it came to be known most often as Dazaifu Tenmangū, i.e., a Shinto shrine.  With the Meiji Restoration, Buddhist elements were expunged, but this was final step in a gradual transition, not a cultural revolution.

After graduating from Antioch College, Robert Borgen completed his Ph.D. at the University of Michigan with an interdisciplinary specialization in Japanese literature and history.  He taught at the University of Hawai’i at Mānoa and then the University of California, Davis, until his retirement in 2010.  His only book, Sugawara no Michizane and the Early Heian Court was awarded the 1990 James Henry Breasted Prize by the American Historical Association and remains in print.  Since then, he has published numerous articles on topics such as on the cult of Tenjin worship, early Japanese literature–including that composed in literary Chinese–and Japanese Buddhist pilgrims to China.