Home » Events » Crossing the 38th Parallel: North Korean Refugees and the Origins of the Korean War, 1945-1950

Crossing the 38th Parallel: North Korean Refugees and the Origins of the Korean War, 1945-1950 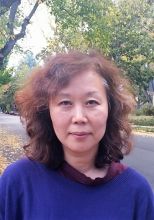 The 38th parallel of latitude was chosen in 1945 by the USA and USSR as a convenient borderline for their divided military occupation of the Korean peninsula. Under this divided occupation, Korea rapidly developed two ideologically different regimes, a socialist state in the North and a liberal state in the South. Their conflict culminated in the outbreak of the Korean War in June 1950. This talk will introduce stories of Northern Koreans who crossed the 38th parallel between 1945 and 1950. Why did they leave North Korea under the revolution, and what did they do in South Korea? By answering these questions, this talk seeks to revise the established historiography on the formation of postcolonial Koreas and the origins of the Korean War.

Yumi Moon was born and educated in South Korea, receiving her undergraduate and M.A. degrees in Political Science from Seoul National University. She went on to receive her Ph.D. in History and East Asian Languages from Harvard University.  She has taught Korean History at Stanford University since 2007.

In 2013, Professor Moon published her first book, Populist Collaborators: The Ilchinhoe and Japanese Colonization of Korea, with Cornell University Press.  She is currently working on a second book project, Toward a Free State: Imperial Shift and the Formation of Postwar South Korea, 1937-1950.

She is the mother of two children.