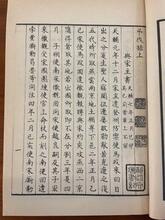 The Treaty of Chanyuan, signed at the beginning of the eleventh century, established the international order of multiple coexisting states based on alliance pledges that had intermittently emerged since the ninth century onward, creating a “system” with long-term sustainability. This system was based on the formal equality of the relationship between the Kitan Liao and the Northern Song, which regulated not only relations between these two states, but also with other regimes for one hundred and twenty years. However, the establishment of the Jin led to the emergence of suzerain-vassal relations between the Jin and its neighboring states. While maintaining the Chanyuan system’s framework, which acknowledged coexisting states through the exchanges of oath documents and state letters, the Jin distinguished between the suzerain state of Jin and its vassal states in terms of diplomatic protocols. This international order represents not only a transformative phase of the Chanyuan system but also the final stage in the transition from the coexistence of multiple states to unification by a single state in East Eurasia, namely the Mongols.

Shinobu Iguro is an associate professor at Otani University in Japan. He received his PhD from Kyoto University in 2006 and worked at the Institute for Advanced Study at Waseda University before assuming his current position. His research field is the history of the Liao, Jin, and Yuan, with a particular interest in Tungusic groups in Northeast Asia. Recently, he published “Jurchen and Hulikai: Relationship between the Wanyan clan and anti-Jurchen groups seem from the Acquisition of Iron and the Processing Technique,” in The History of Jin, Jurchen, and Eastern Eurasia (Bensei Shuppan, 2019, in Japanese) and “The Formation of the Jurchen: The Rise and Fall of Tungusic Groups in Northeast Asia,” in The Jin (Jurchen) and the Song: Ethnicity, Military, and Diplomacy in Eastern Eurasia in the 12th Century, Kenbun Shuppan, 2021, in Japanese). Besides, he has been working on agricultural and hydraulic history, and has already published Water Allocation and Governance: Water Conservancy and Agriculture in Northern China under Jurchen and Mongol Rule (Waseda University Press, 2013 in Japanese) as a monograph.