Diaspora and Diplomacy: China, Indonesia, and the Cold War 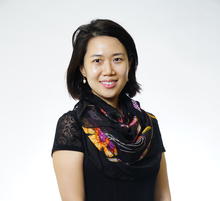 Chinese Indonesians are a culturally, socially, and politically diverse group.  In the political sphere, and despite the resistance of many Chinese diaspora to such characterisations, the overseas Chinese in Indonesia and elsewhere have often been seen as a resource for Beijing’s advancement of its interests abroad. During the Cold War, the Suharto regime institutionalised discrimination against the Chinese minority in Indonesia based on the charge that they were used by Beijing for exporting communist revolution. This had profound repercussions on the way that Chinese Indonesians expressed themselves in society at large. This talk will investigate the veracity of Suharto regime’s accusation of the ethnic Chinese as Beijing’s proxy and explore the spaces where high diplomacy and everyday life experiences of the diaspora intersected in the mid-20th century.

Taomo Zhou is an Assistant Professor at Nanyang Technological University, Singapore. She is the author of Migration in the Time of Revolution: China, Indonesia and the Cold War (Cornell University Press, 2019). Her writings have also appeared in publications such as The China Quarterly, The Critical Asian Studies, the journal Indonesia, and The SAGE Handbook of Contemporary China.  Having grown up in Shenzhen, Taomo is starting a new research project on the first special economic zone of China.

Migration in the Time of Revolution: China, Indonesia and the Cold War (Cornell University Press, 2019) is available from: https://www.cornellpress.cornell.edu/book/9781501739934/migration-in-the-time-of-revolution/

Register in advance for this webinar:
https://yale.zoom.us/webinar/register/WN_syPiJpa8RTKgG_sDE5Pqtw