Eliding Connections at the Margins of China and the Islamic World 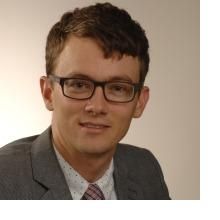 For 250 years, the Turkic Muslims of Altishahr—the vast desert region to the northwest of Tibet—have led an uneasy existence under China-based rule. Today they call themselves Uyghurs, and they have cultivated a sense of history and identity that challenges Beijing’s official national narrative. Rian Thum argues that the roots of this history run deeper than recent conflicts, to a time when manuscripts and pilgrimage dominated understandings of the past. His talk uncovers the systems Uyghurs used to maintain a sense of their homeland as a center in the face of the knowledge that their religion arrived from the Middle East, their literature was rooted in a wider Persianate sphere, and their land was ruled from Beijing by people who were very foreign. Through the interaction of manuscript technology, sacred places, travel, and graffiti, Uyghurs cultivated a sense of the local in the face of an almost cosmopolitan connection to the rest of the world. The traces of this complex of historical practices have long been obscured by a scholarly focus on modern nationalism, but have survived to shape the political and cultural terrain of Altishahr today.

Rian Thum’s research and teaching are generally concerned with the overlap of China and the Muslim World. In his book, The Sacred Routes of Uyghur History (Harvard University Press, 2014), Thum argues that the Uyghurs - and their place in China today - can only be understood in the light of longstanding traditions of local pilgrimage and manuscript culture.  The study uses manuscripts in Chaghatay and Persian, contemporary Uyghur novels, graffiti, and ethnographic fieldwork to uncover a complex of historical practices that offer new perspectives on what history is and how it works.

Thum’s current book project, Chinese Pilgrims, Indian Pirs, uncovers the role of Persianate Islamic networks in binding China and India together over the last 400 years. More generally, his research interests include historical anthropology, mobility, orality and writing, historiography, the history of money, and the place of non-Han peoples in China.​