Home » Events » Excluding Children in an Ethno-Nation: The Korean Origins of Transnational Adoption

Excluding Children in an Ethno-Nation: The Korean Origins of Transnational Adoption 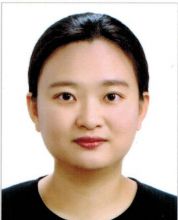 This presentation investigates the origins and the development of transnational adoption of Korean biracial children, including the symbolic meanings they carried in Korean society. It would demonstrate the representation of biracial children in Korea during the 1950s, analyze the state policies towards them, and trace the historical origins of transnational adoption of Korean children. After the 1945 liberation from the Japanese colonial rule, building a nation-state became the most urgent task for Korean society. The nationalistic discourse of kungmin, which means literally “people of the state,” constructed and operated as a central mechanism of endowing citizenship in postcolonial Korea. Biracial children, particularly children between Korean women and American soldiers, were excluded from this formation of citizenship and nation-state. The biracial children, known as “mixed-blood children,” honhyŏra, became the main representation of the questionable children in the 1950s that could not be “appropriate” members of the nation. The Korean society was not ready to embrace the “mixed-blood children” politically, socially, and culturally. The same bloodiness was underscored in Korean society after liberation in the process of new nation-state building. The South Korean government aimed to segregate the biracial children and attempted to send as many as possible to abroad. The process of rescuing and regulating biracial children would illuminate how Korean society excluded certain children from the making of kungmin, which was closely related to the formation of citizenship as well as kinship.

Young Sun Park was born and raised in South Korea. She received her Ph.D. in History from the University of Southern California in 2018.  Dr. Park’s research focus is on the history of childhood and the institutionalization of children in need, including the symbolic meanings they carried in Korean society. By analyzing the way of institutionalizing particular children labeled as “undesirable,” such as orphans and vagrant children, her research reveals central features in the relationship between the institutionalized treatment of undesirable children, on the one hand, the family, the state, and external forces, on the other, in the shaping of modern Korea.

While at Yale, Dr. Park will prepare her dissertation for publication. She is also teaching a class on cinematic dramatization of gender in the context of modern Korean history this Fall, 2018.