Fearing Hardships and Fatigue? Insubordination in the People’s Liberation Army, 2009-2018 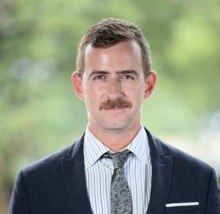 Recent studies of the People’s Liberation Army’s (PLA) role in Chinese politics have argued that the military remains professional and subordinated to the Chinese Communist Party (CCP). However, even the PLA itself acknowledges that its soldiers sometimes resist authority. This paper compiles a new dataset of all publicly reported refusals to serve and desertions in the People’s Republic of China from 2009-2018. Having identified 206 individual cases of resistance, this manuscript identifies three consistencies in PRC reporting about them: resistance is typically portrayed as occurring among soldiers who are young, unable to handle hardship, and subject to severe but varied punishments. Analyzed in light of reports not subject to censorship, these consistencies allow two broader conclusions. First, the PRC carefully controls the domestic narrative about insubordination in the PLA, indicating that it is more common than public reports indicate. Second, resistance to service has become an important concern for CCP and PLA leaders, though there is no evidence they fear the PLA as a whole will disobey. The paper then explores the implications of these findings for four topics of concern to China scholars: center-local dynamics, civil-military relations, the sources of China’s foreign policy, and the PLA’s battlefield effectiveness

Eric Hundman is Assistant Professor of Political Science at NYU Shanghai, where he is also affiliated with the Center for Global Asia and the NYU Department of Politics. He received his Ph.D. from the University of Chicago in 2016, and during the 2016-17 academic was a U.S. Foreign Policy and International Security Fellow at Dartmouth’s Dickey Center for International Understanding. His work – which has been published in International Security, the European Journal of International Relations, the Global Taiwan Brief, ChinaFile, and Foreign Policy – focuses on international security, military politics, and foreign policy, with a regional specialization in China and Taiwan.