The Gardens of Tranquil Wisdom: Tuệ Tĩnh and the Medical Environment of 14th Century Ðai Việt 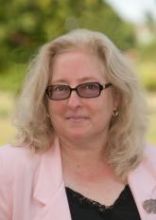 It is said that when the Vietnamese monk physician Tuệ Tĩnh (c. 1330-c.1400) was approximately fifty five years old he was sent, with nineteen other monks, on the diplomatic mission of 1385 as a living present to the Ming Dynasty from the Vietnamese royal court. It is also said that although Tuệ Tĩnh himself was never allowed to return to Vietnam that he was able to send copies of the text he wrote while living there back with a later diplomatic mission. Undoubtedly this medical text, Nam Dược Thần Hiệu (Miraculous Drugs of the South), had a profound impact on the history of Vietnamese Traditional Medicine. However, this is almost the only undoubted ‘fact’ concerning the life, career, and medical writings of Tuệ Tĩnh. There is no fourteenth century original version of Miraculous Drugs of the South in existence. The version that was published in 1761 is a highly accretional text. Further, for many centuries in Vietnam it was common for Buddhist monks, and nuns, to work as healers and a number of men who were both healers and Buddhist monks took the religious name Tuệ Tĩnh. To some extent the exploits of several of these men have become merged in the popular imagination in Vietnam. Thus the popularly accepted version of his life is also accretional and the accepted scholarly biography of Tuệ Tĩnh has more than a few doubtful points as well. With all of this ambiguity why is Tuệ Tĩnh important, or is he important at all? For one answer to this question (probably not the only answer but at least one of them) come to this presentation.

C. Michele Thompson received a Ph.D. in Southeast Asian History from the University of Washington. She is currently Professor of History at Southern Connecticut State University. She is the author of numerous publications on Vietnamese Traditional Medicine and on French Colonial Science and Medicine in Indochina. Her recent publications include Vietnamese Traditional Medicine: a Social History, National University of Singapore Press, 2015 and “Would a Saola by any other Name still be a Saola: Appropriating Rare Animals, Expropriating Minority Peoples” in Hue-Tam Ho Tai and Mark Sidel ed. State, Society and the Market in Contemporary Vietnam: Property, Power and Values, London: Routledge, 2013. Her forthcoming publications include, “Selections from Miraculous Drugs of the South by the Vietnamese Buddhist Monk Physician Tuệ Tĩnh (c1330-c 1389)” in C. Pierce Salguero ed. Buddhism and Medicine, a Sourcebook, New York: Columbia University Press, forthcoming (Spring 2017), “The Implications of Gia Truyền: Family Transmission Texts, Medical Authors and Social Class within the Healing Community in Vietnam” in Southeast Asia Research 24:4 (Forthcoming, Spring 2017), and Translating the Body: Medical Education in Southeast Asia, co edited with Hans Pols and John Harley Warner, forthcoming (Spring 2017), National University of Singapore Press.