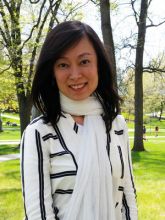 As we grapple with the consequences of fake news, disseminated across the globe in high-speed internet to impact countries and communities on issues as grave as presidential election, gender discrimination, and ethnic cleansing, it might feel as if our world is treading on unchartered territory. But viral misinformation is not unique to social media such as Facebook or Twitter. Before these, there were email, mail, and telephone hoaxes, which, in fact, are still common. While the urgent issue at hand may be that of the speed and reach of fake news on social media, recognizing that the phenomenon of fake news is universal, having a long history and found everywhere, is crucial to uncovering its nature. Focusing on specific cases of “fake news” in second and third century China, Dr. Goh’s talk calls attention to some similarities—however tenuous—between these cases and the examples from our own time. As reporting in investigative journalistic outlets such as The New York Times suggests, the spread of fake news seems to reflect a heightened sense of anxiety and tension. Perhaps not dissimilar, the cases in my study took place against a general atmosphere of chaos and instability, brought on by the collapse of the Han central court and exacerbated by the armed conflicts that followed. Also comparable is the increasing influence of new “media”—though surely incomparable in speed and scale to modern social media, the communication network(s) enabled by the availability and use of paper, a relatively new material invention in this period, became influential during the late Han and the Three States. Against these developments, enemy regimes vying to fill the power vacuum left by the Han court created and disseminated “fake news” in the form of fake or altered letters, aiming to gain propagandistic and strategic advantages for themselves. A closer examination of these fake or altered letters reveals that they were often based on “believable,” if not correct, information, just like the fake news circulating in the social media of our time. As such, the issue that they pinpoint is not the problem of forgery or fakery, but the nature of “believability” and of packaging. In the context of early medieval China, this was the issue of wen, or literary writing, which reflects an approach to “misinformation” that might not sit comfortably with our modern notion of “fact.”

Meow Hui Goh is Associate Professor of Chinese literature at The Ohio State University. She specializes in the literature, literary history, and cultural history of medieval China. She has published on prosody and poetics, the Buddhist influence on early medieval poetry, memory and literature, the propagandistic function of literature, and other topics. Her current book project, The Double Life of Chaos: Living Memory and Literature in Early Medieval China, 196-316, examines the intersection of memory, rhetoric, and politics in the early medieval period. She is the author of Sound and Sight: Poetry and Courtier Culture in the Yongming Era (483–493) and other works in journals and edited volumes. She regularly offers classes in early and medieval Chinese literature, bibliography and research methodology, and Classical Chinese, both at the graduate and undergraduate levels.