Home » Events » Getting to Know Her: Information and Gender Bias in Preferential Voting Systems

Getting to Know Her: Information and Gender Bias in Preferential Voting Systems 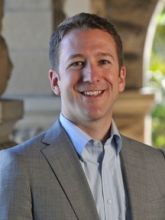 Daniel M. Smith is an associate professor of comparative politics in the Department of Government at Harvard University, where he is also an affiliated faculty member at the Reischauer Institute of Japanese Studies, the Weatherhead Center for International Affairs, the Minda de Gunzburg Center for European Studies, and the Institute for Quantitative Social Science.

Smith’s research focuses on the impact of political institutions, especially electoral systems and candidate selection processes, on aspects of democratic representation and behavior in Japan and Western Europe. He also studies Japanese politics more broadly. His book, Dynasties and Democracy: The Inherited Incumbency Advantage in Japan (forthcoming from Stanford University Press), explores the causes and consequences of political dynasties in democracies, with a particular focus on Japan.