Home » Events » History, Metatheater, and the Playwright on Stage in "The Peach Blossom Fan"

History, Metatheater, and the Playwright on Stage in “The Peach Blossom Fan” 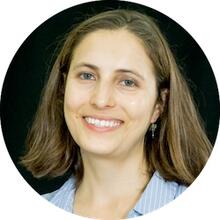 This talk addresses the uses of metatheater in The Peach Blossom Fan (Taohua shan, 1699), a historical drama by Qing dynasty playwright Kong Shangren (1648-1718). Metatheater — how a play calls attention to itself as a work of theater — is often appreciated for its comedic effects or as a way to emphasize ironies on stage. But it is also through metatheater, I argue, that The Peach Blossom Fan manifests serious critical judgements on the historical moment it depicts and reveals the limitations of the chuanqi dramatic form in which the play itself is written. Through metatheater, Fan reflects on the socio-political problems of China’s turbulent 17th century at the court of the short-lived Nanjing Southern Ming (1644-45) regime. The play also uses metatheater to complicate standard conventions of the chuanqi drama, such as the role-types used to classify dramatic characters. Focusing on the stage character of Ruan Dacheng (1587-1646), an unpopular late Ming politician but popular late Ming playwright, I demonstrate how Fan conceives of a “playwright on stage” motif to connect its historical, political and performative dimensions. Through its depiction of Ruan Dacheng, Fan models the process of making critical historical judgements through the media and vocabulary of the theater.

Allison Bernard is a specialist in Ming-Qing Chinese literature, whose work focuses on drama, print and theatrical cultures, and intersections between literature and history. She is particularly interested in how theater is used as a mode of historiography — a development she charts in her in-progress book project on the uses of meta-theater in and around Kong Shangren’s Taohua shan (The Peach Blossom Fan).

In addition to her work on theater and performance, Allison is interested in questions about how media shapes the reading and writing of premodern Chinese literature. Her next book project takes a media studies approach to analyzing a range of Ming-Qing literary forms, from vernacular fiction to song and essay anthologies, drawing on the concept of the feedback loop to examine the social processes of literary production and reception. She is also working on several smaller projects, including articles on early-mid Qing autobiographical playwrights and the concept of portraiture in “portrait-poetry” by Kong Shangren.

Other areas of interest include Japanese literature and theater, poetry, ritual studies, material and visual cultures, and translation.

Allison received her PhD in Chinese Literature from Columbia University’s Department of East Asian Languages and Cultures in 2019. She also holds an MA in Chinese Literature from Columbia University (2012) and BA from Middlebury College in Chinese and History (2010). Her research and writing have been supported by fellowships that include, most recently, a Fulbright-Hays Doctoral Dissertation Research Abroad fellowship and Julie How Fellowship from Columbia’s Weatherhead East Asian Institute. Before coming to Yale, Allison taught in the College of East Asian Studies at Wesleyan University.