Industrial Ruins as Cultural Heritage in Japan: Economic Growth Nostalgia in the Age of Abenomics 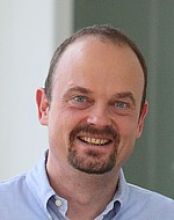 Japan has failed to see significant economic development in contrast to its East Asian neighbors for over a quarter century since its economic bubble burst. Even China surpassed Japan in its gross national product and Korea challenged Japanese technological leadership in the consumer goods industry with Samsung beating Sony in the cell phone market worldwide. In the international imagination Japan is now no longer associated with reliable cars, ubiquitous TV displays, or computer hardware but with manga, anime and video games. To its dismay or delight Japan has been transformed from a country of economic mass production to one of mass cultural creation.

As Japan is slowly coming to terms with the obvious fact that rapid economic growth in the traditional sense will never be regained in a fast aging society with a diminishing population, the industrial past is undergoing a public reassessment. The age of industry is no longer remembered for the urban smog that prevented Tokyoites from seeing mount Fuji in broad daylight or the Minamata disease killing fishermen through mercury poisoning. The economic miracle years of a productive country and a prolific population overcoming the “dark valley” of wartime damage and deprivation is receding from living memory of the working-age population and turning into a frame of reference for Japan’s large group of pensioners. As the past promise of a bright future for all has become clouded in the present amid worries about social and economic sustainability. Grimness and grit of factory work and mining labor is no longer portrayed in emotional black and white colors.

Collective forms of selective memory are common in most societies, but two dimensions may deserve particular attention in the Japanese context. One is the very recent nature of the popular acceptance of industrial heritage as a form of national culture. The second is the role outside appreciation played in shaping the Japanese redefinition of its own culture.

Harald Fuess has been Professor of History at Heidelberg University since 2009 and is one of the foremost experts on Japan in Europe. Professor Fuess currently examines the wide impact of Western industrial and mercantile capitalism on East Asian economies and cultures during the long nineteenth century. His case studies are connecting the global and the local through topics such as arms trade, treaty ports societies, consular jurisdiction, international epidemics, diplomatic disputes on trademarks, the role of the multilingual press, multinational business histories, and transcultural fusions of consumer cultures. He is also organizing a large collaborative research project with numerous colleagues in the United States, Europe and Japan. Activities include several international conferences on three continents reassessing the Meiji Restoration of 1868, Japanese modernization, and global history. Several books and special journal issues are in progress on this important topic.