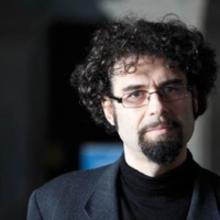 One relevant consequence of the arrival and presence of the nanban-jin in Japan and of the complex interactions that developed in the context of the challenging encounter with the Japanese political, religious, and military elites, was an unprecedented repositioning of Japan and Europe in both European and Japanese world views, through the integration of knowledge originally developed over many centuries in European, Japanese, Korean and Chinese cartographic and cosmological traditions.

World cartography was one of many nanban or foreign topics treated by Japanese painters on the broad surfaces of folding screens (byōbu). There are circa 30 known and extant so-called “world map” folding screens. Most of the screens include a planisphere depiction on one side and some form of cultural intelligence on the other. In this respect, “world map” screens are a contact zone in which multi-languages and multi-cultures converged, overlapped and were mutually transformed in early modernity. They were part of the global circulation of material culture and knowledge that resulted from the combined agencies of the Iberian and Dutch expansions, Catholic proselytism, as well as the circulation of material cultures among Europe, Japan, China, Korea and the New World, and their reception and transformation by Japanese painters and cartographers.

Japanese painters addressed the geography of the world by re-elaborating works from three main cartographic genres that reached Japan since the mid-sixteenth century. These genres included Western maps of the world (in particular, Portuguese manuscript planispheres and Dutch printed planispheres, like those of Plancius, Blaeu and Peter van der Keere); the planispheres written in Chinese and printed or copied in numerous editions in the context of the mission in China by Matteo Ricci, in collaboration with the scholar and mathematician Li Zhizao and the printer Zhang Wentao, in particular the Kunyu Wanguo Quantu 坤輿萬國全圖 (1602); finally, Sino-Korean cartography, in particular the Korean transformation of Yang Ziqui’s 楊子器 Integrated Map of the Historic Boundaries of Nations and Capitals, also known as Map of the Great Ming Nation 大明国地理図. These cartographic sources were accompanied by some form of cultural intelligence that included large-scale maps of Japan, or views of  Western cities, or the depictions of emperors and kings and paired figures cataloguing the peoples of the world.

Rather than just reflecting specific scientific or technical features as previous scholars have highlighted, the heterogeneous maps and composite iconography of the “world map” folding screens enable one to draw a cultural geography of ideas and material culture reaching Japan after the arrival of the Europeans. Once observed from this perspective, the cartographic, graphic, textual and iconographic features of the byōbu become fundamental elements to trace, on the one hand, the circulation of knowledge, people, ideas and material culture at the global scale in early modernity and, on the other hand the specific place of Japan within this broad cultural flows.

After introducing the corpus of Japanese “world map” folding screens, in this lecture, I will focus on the analysis of two principal documents: a manuscript map of the world designed by Japanese officers after the shipwreck of the Manila galleon San Felipe in Urado on the island of Shikoku, while it was en route from Manila to Acapulco, in 1596 [fig. 1] and the so-called Kanshin-ji cartographic folding screen designed in Japan around 1640 by combining Chinese-Korean, Chinese-Jesuit and namban sources [fig. 2]. Both documents eloquently  exemplify the complex cultural and political geography Japan was part of, in early modernity.

There are two major implications that emerge from this analysis: the first is the breaking of linear Eurocentric models of circulation of knowledge, people, and ideas – such as West-East relationships – ill-adapted to articulate the complex system of maritime and terrestrial routes that linked port cities in Europe with port cities in Africa, Asia and the New World in early modernity. The second, highlights that instead of a linear model based on the simplistic West-East circulation, the analyses of the corpus of “world-map” folding screens highlights a more complex radial system of vectors that departed from several distant places of the globe and arrived to a major fulcrum – the port city of Macao – from where they converged to Japan. This system of vectors was paired by independent vectors linking Japan, Korea, China as well as Amsterdam, via Batavia, with Hirado and Nagasaki.

Angelo Cattaneo holds a Ph.D. in History from the European University Institute in Florence. He is a Researcher for the CNR-National Research Council, in Rome. He is also a Research Associate of the CHAM-Centre for the Humanities in the Faculty of Social Sciences and Humanities of the New University of Lisbon (CHAM, NOVA FCSH).

His research revolves around two main topics: 1) the cultural construction of space, places and frontiers from the thirteenth to the seventeenth century, by studying cosmography, cartography, travel literature, the birth of the atlas, and the spatiality of world languages and religions; and 2) the history of cultural exchanges and interactions between Europe and Asia, with a focus on religion, missionary practices and trade in East Asia from the thirteenth to the seventeenth century, at the interface of both European and Asian expansions and Catholic missions.

Between 2012 and 2015, with Alexandra Curvelo, he was the co-PI of the project Interactions between rivals: the Christian Mission and Buddhist Sects in Japan (c.1549-c.1647), financed by the Portuguese Foundation for Science and Technology. Between 2015 and 2017 he was the Principal Investigator of the exploratory research project The Space of Languages. The Portuguese Language in the Early Modern World (15th-17th centuries) financed by the NOVA FCSH.

He authored several publications including Fra Mauro’s Mappa mundi and Fifteenth-Century Venice (Brepols 2011), “Geographical Curiosities and Transformative Exchange in the Nanban Century (c. 1549-c. 1647)”- Études Épistémè 26 (Paris, 2014). Together with Sabrina Corbellini he authored the book-catalogue The Global Eye. Dutch, Spanish and Portuguese Maps in the Collections of the Grand Duke Cosimo III de’ Medici (Florence and Lisbon, 2019). He also edited the volumes Shores of Vespucci. A Historical Research of Amerigo Vespucci’s Life and Contexts.(Berlin, 2018) and, with Alexandra Curvelo, Interactions between rivals: the Christian Mission and Buddhist Sects in Japan (c.1549-c.1647) (Berlin, 2021).

His research has been supported by numerous awards, such as the FCT, C.N.R.S. and Harvard University-I Tatti Postdoctoral Fellowships, as well as the John Carter Brown Library, the Japan Foundation and the NWO-The Netherlands Organisation for Scientific Research Fellowships.