H.E. Shinsuke J. Sugiyama - Ambassador Extraordinary and Plenipotentiary of Japan to the United States of America 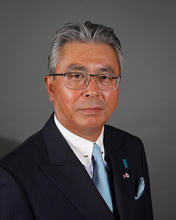 Since its modernization in 19th century, Japan has shown respect for the importance of international law, except for a fifteen-year period of aggression. Outside of the span of time between 1931 and 1945, Japan’s foreign policy has been heavily founded on concepts of international law for most of its history. In fact, this influence is one of the key reasons why Japan succeeded in both its efforts to rapidly modernize, as well as its remarkable postwar restoration. At the same time, the importance that Japan places on international law creates limits around Japan’s foreign policy. In this lecture, Ambassador Shinsuke J. Sugiyama, Ambassador Extraordinary and Plenipotentiary of Japan to the United States of America, discusses Japan’s foreign policy, highlighting both its historical and legal perspectives.