Home » Events » Japonisme and the Birth of Cinema

Japonisme and the Birth of Cinema 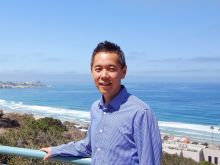 In my lecture, I will examine the connections between Japonisme and the emergence of cinema. Japonisme, the influence of the Japanese art, culture and aesthetics on European and American art, roughly between the 1860s and 1910s, also had a significant impact on early cinema. In particular, I discuss the relationship between Japonisme and the films of Lumière brothers. Finding inspirations from paintings and applying their compositions to their films, the Lumière films presented accuracy, immediacy, and temporality, three goals of Impressionist painters. In order to challenge the liner perspective in paintings since the Renaissance, these painters resorted to Japanese ukiyo-e prints and their methods of capturing movements of the environment. Moreover, the Lumière Company sent cinematographers to Japan to document lives there. In fact, these cinematographers projected their Orientalist images of Japan onto the real places and recreating their dreamland Japan. Lastly, I discuss Japanese reactions to Japonisme and the technology of cinema that were imported from Europe. My focus is on Shibata Tsunekichi, a Japanese cameraman whom the Lumière cinematographers hired in Japan. While Shibata intended to satisfy the expectations from Europe, he simultaneously attempted to publicize a modernizing nation to the world.

Considering cinema to be a transnational cultural form from the beginning of its history and simultaneously to be a national entity, formed by specific discourses on nationalism and modernization, Professor Miyao has been conducting research on film history. His interdisciplinary training in cinema studies, East Asian studies, and American studies, combined with his bicultural background, living and studying both in Japanese and North American academia, made it possible for him to recognize that the study of film could benefit from cross-cultural and interdisciplinary perspectives. Professor Miyao received his B.A. in American Studies from the University of Tokyo in 1993 (with honor), M.A. in Area Studies from the University of Tokyo in 1995, M.A. in Cinema Studies from New York University in 1997, and Ph.D. in Cinema Studies from New York University in 2003 (with distinction). Before joining the UCSD faculty in 2014, he taught at Columbia University as Postdoctoral Fellow in Expanding East Asian Studies Program, the University of California, Berkeley as Postdoctoral Fellow in Film Studies, and the University of Oregon where he chaired the Department of East Asian Languages and Literatures. He received, among others, NEH Summer Stipends in 2015,  ACLS/SSRC/NEH International and Area Studies Fellowship in 2010-11, Center for the Study of Women in Society Research Grant in 2010-11, and Oregon Humanities Center Research Award in 2009.  He has served as a visiting professor at the Global Studies Program of Université Jean Moulin Lyon 3 in France in 2012-13.