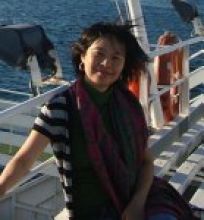 Over the last two decades, rapid urban expansion building on landgrabs has become ubiquitous in China. The pursuit of urban-centered economic growth has created crises of land deprivation and rural identity in Chinese rural society. Land-related protests have become the focal point of movements for the protection of Chinese farmers’ rights. Drawing on ethnographic materials concerning a series of influential protests over landgrabs in Wukan village, this paper presents a critical rethinking of the economy and an examination of how the restoration of villagers’ collective identity has led to communal resistance that has successfully reclaimed governing power and social order, sowing the seed of hope for a better life. A revitalized and reinvented clan system organized around extended kinship networks has played a critical role in reconstituting the collective identity of villagers. The Wukan  events constitute the first steps in an ambitious project to turn around farmers’ subordinate and vulnerable role within China’s relentless urbanization. In this process, the economy has been redefined so as to give greater importance to the livelihood and the well-being of the marginal groups.

Shenjing He (Ph.D. in Geography, University of Southampton, 2006) is Professor and Assistant Dean at the School of Geography and Planning, Sun Yat-sen  University. She is the regional editor of Urban Studies, and a member of the international editorial advisory board of International Planning Studies. Prior to joining Sun Yat-Sen Univeristy in 2008, Dr. He was a research fellow in Cardiff University. Her research interests focus on urban redevelopment/gentrification, urban governance, land and housing development, urban poverty. She has published more than sixty journal articles and book chapters in English and Chinese, including papers in Antipode, Environment and Planning A, Urban Studies, Current Anthropology, International Journal of Urban and Regional Research, Population, Space and Place, Urban Geography, Social & Cultural Geography etc. She is the co-author of “Urban Poverty in China” (Edward Elgar, 2010), co-editor of “Locating Right to the City in the Global South” (Routledge, 2013), and “Mobility, sociability, and wellbeing in contemporary urban living” (Springer, 2015). She is also the lead editor of several special issues for Environment and Planning A, Urban Studies and Urban Geography.