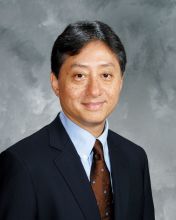 The effect of China’s civil examination system (keju) on human capital outcomes persists to this day. Using the variation in the density of jinshi—the highest qualification—across 278 Chinese prefectures in the Ming-Qing period (1368-1905) to proxy for the keju effect, and river distance to a prefecture’s nearest locations of pine and bamboo—the main ingredients for producing ink and paper—as instrumental variable, we find that an additional jinshi per 10,000 people during the Ming-Qing period leads to an increase in schooling of 0.7 years in the present day. Moreover, the persistent effect of keju can be explained by the transmission of human capital across generations and a culture of valuing education. Finally, cultural transmission was significantly weakened by the Cultural Revolution (1966-76), as parents responded to the deadly attacks on intellectuals by discounting the value of education.

Kung’s research interests encompass diverse topics in the areas of comparative historical development and the Chinese political economy. Currently, he is working on the relationship between institutions, culture, and long-run economic growth. More specifically, James is studying the rise of China’s meritocratic civil exam system (keju) and its long-term persistent effects, as well as the formation of culture (of Neo-Confucianism). On economic history, James is examining the relationship between population dynamics, market integration and social conflict in late imperial China, and the socioeconomic consequences of opium trade between China and Britain. On political economy, James is investigating issues pertaining to the political exchange between firms and officials in contemporary China and more broadly Chinese elite politics. Some of his recent works have appeared in the American Political Science Review, the Journal of the European Economic Association, The Review of Economics and Statistics, The Journal of Economic History, the Journal of Development Economics, and Political Science Research and Methods.