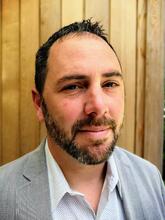 Minorities, like majorities, do not just exist. Minoritization instead is an inherent corollary to the process of nation-state building. This talk examines one site of state-initiated minoritization, the ethnocultural frontier region in northwest China known to Tibetan speakers as Amdo. When in 1949 the Chinese Communist Party “liberated” Amdo, its aim was not simply control over non-Han people, but the transformation of what had been loose sets of imperial subjects into bounded “minority nationalities” within a new People’s Republic of China. In other words, its objective was not just to build a state, but to create a nation—and to do so without the kind of coercion and violence often associated with minoritization elsewhere. The CCP therefore initially pursued relatively moderate “United Front” policies meant to “gradually” and “organically” persuade Tibetans and Amdo’s other non-Han inhabitants first of their “minzu” status and then of their membership in the new multiethnic nation, which were considered preconditions for the eventual implementation of socialist reforms and the full integration of the Amdo region. At the outset of 1958’s Great Leap Forward, however, United Front gradualism was jettisoned in favor of rapid collectivization. This led to large-scale rebellion, overwhelming state repression, and widespread famine. Rather than a “voluntary” and “peaceful” transformation, Amdo and its diverse communities were incorporated into the PRC through inordinate and often indiscriminate deployment of state violence. In this talk, Benno Weiner discusses the Communist Party’s United Front strategy in Amdo, the 1958 Amdo Rebellion, and ways in which the violence of 1958 and its aftermath continue to cloud efforts to integrate Tibetans and other minoritized communities into the modern Chinese nation-state.

Benno Weiner is Associate Professor of History at Carnegie Mellon University in Pittsburgh, PA. His research interests revolve around China’s contested and possibly incomplete transition from empire to nation-state and in particular the processes and problematics of twentieth-century state and nation building within China’s ethnic minority regions. He is author of The Chinese Revolution on the Tibetan Frontier (Cornell UP, 2020), which is the first study to employ extensive county-level archival sources to investigate a “minority nationality” area during the formative years of the People’s Republic of China. He is also co-editor of Contested Memories: Tibetan History under Mao Retold (w/ Robert Barnett and Françoise Robin, Brill, 2020). He received his Ph.D. in history from Columbia University.

In-person for members of the Yale community only:

Online via Zoom (Open to all):