Making Population and Making the State: a Comparative Study of Communist China and North Korea 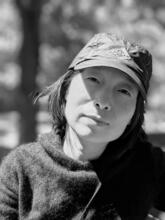 How to group and categorize population involves choice. This choice not only reflects the political promises of a regime but also ruling elites’ perceptions about the role of the state vis-à-vis the society. As such, making population is a constitutive process of state making. This point is particularly relevant for post-revolutionary regimes that aim to break from the past and venture into a new future. In this paper, we compare the evolving population classifications in Communist China and Communist North Korea, to show how the state making process, namely a process of interpreting what and whom the state represents, evolved and then derailed through population classification. In China, the state regulated and controlled population mobility through population categorization, but class categories were later hijacked by elite struggles and thereby obscuring the demarcation between the state and the society. In North Korea, the state dismantled household head system, but class categories became integrated with the population’s relationship with the leader himself, instead of the state. As such, an image of the state failed to form in China and became synonym of the leader in North Korea. This comparison sheds light on the different political paths taken by Communist China and North Korea.

Juan Wang is an associate professor of political science at McGill University. She writes about authoritarian politics, and law and politics with an empirical focus on China. Her research, some of which collaborative, has appeared in Governance, Problems of Post-Communism, Journal of Comparative Law, Crime, Law & Social Change, The China Quarterly, Modern China, Journal of East Asian Studies, Journal of Contemporary China, Asian Journal of Law and Politics, and Journal of Chinese Political Science.

Register in advance for this webinar:
https://yale.zoom.us/webinar/register/WN_ltb-v0n-Qq6_gbtYOfs-vg