The Making of the Socialist Media Censorship System in 1950s Shanghai 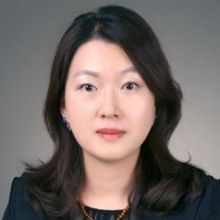 Media censorship in contemporary China is sustained effectively without losing its legitimacy domestically, even when the Chinese media became much more commercialized through media reform, and censorship in China in the post-Mao era is highly criticized globally. A high level of compliance is evident within the journalistic field and among the general public, although resistance and conflict are also reported occasionally. This talk provides historical perspective on the Chinese media censorship system by exploring how the CCP achieved such a high level of compliance among media workers in 1950s Shanghai, despite limited state power and lack of formal institutions.

Drawing on previously unassessed archival material, this research reveals that the operation of media censorship in 1950s China cannot be understood as simply a top-down repressive imposition by the state, as commonly assumed.  Instead, it was more complex and highly contested. The absence of formal institutions for the media censorship and heavy reliance on self-censorship rendered the CCP’s media control tenuous, and made it necessary for the CCP to elicit cooperation and compliance from media workers by relying on informal institutions such as social networks of the party cadres. Further, media workers complied with the censorship procedure not always out of fear of punishment, but because they saw it as an expedient to confirm political correctness of their content with the party authority, and a process of legitimating their news reporting and commentary for their survival in the state-dominated media system. In this context, media workers perceived access to information on party policies and the ability to effectively enforce self-censorship as a form of empowerment.

Sei Jeong Chin is an associate professor in the Division of International Studies at Ewha Womans University in Seoul, Korea. She received her B.A. and M.A. from Ewha Womans University, and Ph.D. from Harvard University. Her research focuses on modern Chinese history, specializing in media history, and political and social history in 20th century China. She is currently working on a book manuscript, which explores the historical transformation of the media culture in the rise of the authoritarian party-state from the Nationalist period (1927-1949) to the early PRC (1949-1958). Her new project explores the Chinese propaganda during the Korean War (1950-1953) and the Cold War culture in East Asia. She is currently a visiting scholar at Harvard-Yenching Institute, 2016-2017.