Home » Events » Memory Against Forgetting: The Work of the Dui Hua Foundation

Memory Against Forgetting: The Work of the Dui Hua Foundation 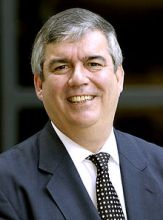 For more than 25 years, John Kamm, executive director of The Dui Hua Foundation, has engaged the Chinese government in a dialogue on the rights of at-risk detainees: political and religious prisoners, juvenile offenders, women in prison, and those facing the death penalty. In his remarks to the Yale community, Kamm will provide an overview of the foundation’s work in recent months, focusing on the early release and better treatment of state security detainees, promotion of the UN Standards for the Treatment of Women Prisoners and Non-Custodial Measures (the Bangkok Rules), cooperation to reduce custodial measures for juvenile offenders, and ongoing efforts to reduce the number of executions. He will reflect on American human rights diplomacy – what has worked, what hasn’t – and what we can expect from a new administration in Washington.

John Kamm is an American businessman and human rights campaigner active in China since 1972. He is the founder and chairman of The Dui Hua Foundation, based in San Francisco with an office in Hong Kong. Kamm was awarded the Department of Commerce’s Best Global Practices Award by President Bill Clinton in 1997 and the Eleanor Roosevelt Award for Human Rights by President George W. Bush in 2001.  In September 2004, Kamm received a MacArthur Fellowship for “designing and implementing an original approach to freeing prisoners of conscience in China.”  Kamm is the first businessman to be awarded a MacArthur Fellowship.

Since his first intervention on behalf of a Chinese prisoner in May 1990, Kamm has made more than 100 trips to China to engage the government in a dialogue on human rights, focusing on the treatment of prisoners and conditions in prisons. He has made 10 visits to Chinese prisons. Dui Hua has submitted requests for information on more than 4,000 prisoners since Dui Hua was founded in 1999. In the words of The New York Times, “No other person or organization in the world, including the State Department, has helped more Chinese prisoners.”

Dui Hua concentrates its efforts on encouraging transparency, accountability, and the humanitarian treatment of at risk detainees, including political and religious prisoners, juvenile offenders, those facing the death penalty, and women in prison. In addition to advising the US-China human rights dialogues, Dui Hua has helped many of the other bilateral rights dialogues between China and western countries. Dui Hua has had special consultative status with the Economic and Social Committee (ECOSOC) of United Nations since 2005. The status was renewed in 2010.

John Kamm received a B.A. (1972) from Princeton University and an M.A. (1975) from Harvard University.  He was the Hong Kong correspondent and representative of the National Council for US-China Trade (1975-1981) and President of the American Chamber of Commerce in Hong Kong in 1990. He managed Occidental Chemical Company’s business in China and the Far East from 1981 to 1991.