A Mother’s Song: Translating Stella Dallas Across Media and Genre 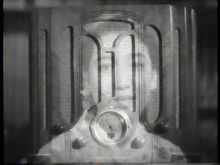 In 1936, writer of shōjo and romance fiction, often depicting same-sex love, Yoshiya Nobuko was asked to adapt the 1923 novel Stella Dallas into the Japanese language with a Japanese setting. The famous sound film of the movie staring Barbara Stanwyck had not yet been released, but based on the success of the 1925 silent film in Japan, Yoshiya’s translation was commissioned with an eye to making a movie. In 1937 A Mother’s Song (Haha no kyoku) directed by Yamamoto Satsuo and starring Hara Setsuko and Iriye Takako was released and is considered formative of the a new genre of “mother films” (haha mono). Building on work that sets this film within feminist film theory, this lecture reaches back to the original novel to think about what might be gained by taking a comparative and cross-cultural approach to this body of texts. What might be learned about the “original” texts through examining their translations? In particular, what might their adaptation by a lesbian Japanese writer tell us about sexuality in Stella Dallas.

Sarah Frederick is Associate Professor of Japanese, Comparative Literature, and Women’s, Gender, and Sexuality Studies at Boston University. Her areas of specialization are in 20th-century Japanese literature and history and relationships among mass media, modern  literature, gender, and culture. Professor Frederick is the author of Turning Pages: Reading and Writing Women’s Magazines in Interwar Japan (University of Hawaii Press, 2006), and articles in positions: East Asian Cultures Critique, US Japan Women’s Journal and Japan Forum. She is also a contributor edited collections such as  Bad Girls of Japan, Laura Miller and Jan Bardsley, eds. (Palgrave), Rethinking Japanese Feminisms, edited by Julia Bullock, Ayako Kano, and James Welker (Hawaii), and the forthcoming Illusions and Disillusionment (ILEX), edited by Roberta Micallef, a volume on travel literature. She is writing a book on the work and life of Yoshiya Nobuko (1896-1973) and translated her work Yellow Rose (Expanded Editions 2016) with a scholarly introduction. She is also engaged in a project of digital mapping Natsume Soseki’s writings and travels in Kyoto. She has received fellowships from the NEH, Fulbright-Hays, Hakuho Foundation, and Japanese Ministry of Education for her research.