Home » Events » Multilingualism on the Silk Road: A Diachronic Look and the Origins of 20th/21st C. Xinjiang Language Use and Policy

Multilingualism on the Silk Road: A Diachronic Look and the Origins of 20th/21st C. Xinjiang Language Use and Policy

Arienne M. Dwyer - Professor of Linguistic Anthropology and Co-Director of the Institute of Digital Research, University of Kansas 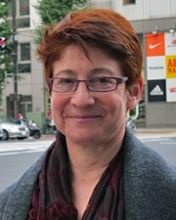 Multilingualism and cultural contact have characterized the area today known as Chinese Turkestan for at least for the last 3000 years.  Indo-European languages were replaced mostly by Turkic, and now Turkic is being replaced by Chinese. The linguistic suppletion is not without a cultural cost and occurs within a regional geopolitical calculus. This talk discusses how Mandarin and Uyghur came to be dominant in the region; how linguistic territory is negotiated between Uyghur and Mandarin, not only within Xinjiang but worldwide; and how this negotiation reflects nationalist and geopolitical aspirations of all of the stakeholders. Critical discourse analysis of radio broadcasts informs this analysis.

Arienne M. Dwyer is a Professor of Linguistic Anthropology and Co-Director of the Institute for Digital Research in the Humanities at the University of Kansas. Her research focuses on language contact and language ideology. She has conducted 20 years of local research with individuals and communities in Inner and Central Asia (on Turkic-Mongolic-Sinitic-Tibetic language contact), and has directed a number of collaborative documentation and archiving projects, including Salar (1991-1993, Fulbright), Kazakh (1993, Fulbright), Uyghur dialectology, language ideology and verb typology (2002-2003, ACLS, 2011-2014, NSF), Salar, Monguor, Baonan and Wutun (2000-2005, 2007-2008 Volkswagen-DOBES), Kyrgyz folklore and language policy (2004 and 2008, respectively, Open Society Institute), and archaic German dialects in Kansas (2005).

Internationally she acts as a consultant on language documentation and multimedia annotation and archiving (IMDI, UNESCO, EMELD), on social science research methods (Open Society Institute, Trace Foundation), has chaired the Linguistic Society of America’s Committee on Endangered Language Preservation (CELP), and has organized conferences and summer schools on language resources and technology, the Digital Tools Summit in Linguistics (DTSL), Towards Interoperability in Language Resources (TILR), and Co-Lang 2012: Institute for Language Research.

She is currently working on Middle Turkic (Chaghatay) texts from the Jarring Collection, focusing on healing and medicine and on XML technologies (https://uyghur.ittc.ku.edu/atmo.html). In addition, she and her research teams continue to enhance a major primary resource on language contact in Inner Asia (Interactive Inner Asia, https://iaia.ittc.ku.edu) and another longitudinal corpus of the Central Asian Uyghur language (Uyghur Light Verbs, https://uyghur.ittc.ku.edu/uylvs.html)