“Orientally Yours”: Anna May Wong’s Linguistic Cosmopolitanism and “Oriental” Act 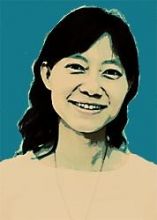 Focusing upon Anna May Wong, an early Twentieth-century Chinese-American screen and stage performer, this talk will delve into the intricacies of her vocal and visual performance at the transition from the silent to the talkie era in the international arena.  Wang’s previous writings have formulated concepts such as “yellow yellowface” performance (2005) and “minor” stardom (2010, drawing on Deleuze and Guattari’s “minor literature”) to understand her ironic performance of Orientalist stereotypes and her performative production of gradational (as opposed to radical) difference from within the Euro-American popular visual repertoire.
Wang will examine two strategies—the excessive “Oriental” act and linguistic cosmopolitanism—that emerged from Wong’s visual and vocal performance. Understood as Wong’s self-conscious methods of interacting with her mostly stereotypical roles correlated with Euro-American dominant film and entertainment industries and cultures, and with her international audiences, these strategies not only reenacted Orientalist femininity, but more importantly, destabilized and questioned their legitimacy by revealing their ideological premises and self-contradiction.
In probing Wong’s paradoxical agency acquired from performing within the mainstream, Wang takes care to place her agency as “situated consciousness” (a la Frederic Jameson) contingent upon her minoritized socio-political positioning. She situates Anna May Wong’s performative strategies and agency vis-à-vis four main geopolitical, technological and aesthetic conditions: 1) Euro-American Orientalism especially as manifested in the Oriental fetish and yellowface practice; 2) Republican China’s discrepant pursuit of modernity and nationalism under the duress of global coloniality; 3) interwar cosmopolitanism and flourishing of modernism; and finally 4) rise of talkies in the late 1920s, and “film Europe’s” resistance of “film America.”
These circumstances, oftentimes delimiting, detouring or stimulating Wong’s career in different directions, constituted the interlocutory power field in which she, as a performer and mediator, expanded her skill set and identitarian flexibility in order to best utilize available resources while entertaining and addressing her international audiences. By speaking with “forked tongue” and reenacting Oriental femininity with intense excess, Wong urges us to take “pleasure” seriously (instead of dismissing hers and the audience’s participation in mainstream popular media culture as “guilty pleasure”), and to consider the political valence of such “contaminated desires” (Anne Cheng).

Yiman Wang obtained her PhD degree from Duke University (the Graduate Program in Literature).  She is currently Associate Professor of Film & Digital Media at University of California, Santa Cruz.  She is author of Remaking Chinese Cinema: Through the Prism of Shanghai, Hong Kong and Hollywood (Honolulu, HI: University of Hawaii Press, 2013).  She is currently working on two projects: a book on Anna May Wong; and a project on animality in cinema.