The Poetry Demon and Other Passions in Medieval Chinese Monks’ Literature 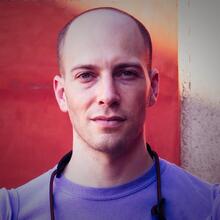 Chinese Buddhist monks depicted the pleasures of poetry as vexations of the demon Māra, or as karmic habits that distract from focused religious activity and the Buddhist path. Monks produced copious quantities of poetry nonetheless. In this three-part talk, I first explore this tension between Chinese poetry and the Buddhist path, and aim to demonstrate how Song-era religious rhetoric and poetic practices were connected. These Song dynasty contexts serve, second, as the grounds for re-evaluating the case of Juefan Huihong 覺範慧洪 (1071-1128), the putative founder of a “literary Chan” movement of monks who supposedly wrote poetry as a path to religious awakening. The notion of poetry as monastic path, however, derives from a later 16th century re-interpretation of Huihong’s works. Closely reading Huihong’s own writings in which he used the phrase wenzi chan 文字禪 reveals that he envisioned a more complex relationship between poetry and Buddhist liberation. By clearing away our assumptions about Huihong, third, I can then turn to Huihong’s overlooked poetry of sexual desire and its critical reception. Overall, I will suggest that when we bear in mind when and for whom poetry was not the Way, we better understand the productive entanglements of monastic asceticism and literary aesthetics.

Jason Protass (PhD Stanford, 2016) is the William A. Dyer, Jr. Assistant Professor of the Humanities in the Department of Religious Studies at Brown University. He previously studied at Academia Sinica (Taipei), Hanazono University (Kyoto), Ryūkoku University (Kyoto), and Peking University (Beijing); and was supported by fellowships from Fulbright Taiwan, American Council of Learned Societies, and Bukkyō Dendō Kyōkai. His first book is entitled The Poetry Demon: Song-Dynasty Monks on Verse and the Way (University of Hawai‘i Press, 2021). He has also authored essays, including “The Flavors of Monks’ Poetry: On a Witty Denigration and its Influences,” published in Journal of the American Oriental Society (2021); and “A Geographic History of Song Dynasty Chan Buddhism: The Decline of the Yunmen Lineage,” published in Asia Major (2019), part of his GIS-based digital humanities project that will lead to a new history of Song dynasty Chan. He is an alumnus of Yale College, with a BA in Religious Studies (2004).