A Qing Service Elite: The Eight Banners as Status Category 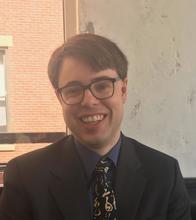 In most recent accounts of Qing China’s (1644-1912) social order, the crucial military and administrative role of a hereditary group of imperial servitors organized under the Eight Banner system is linked to the Manchu identity that many banner people shared with the Qing imperial family. This talk, based in large part on research in the Qing imperial archives on Han members of the banner system, argues that Manchu identity is not a sufficient explanation of the role that banner people played in the Qing imperial order. Rather, banner people were a multiethnic group that, along with commoners, made up one of the two main components of a hitherto largely unrecognized Qing status system. In this status system, banner people took on the role of a “service elite,” a group defined by the exchange of legally guaranteed privilege for loyal military and bureaucratic service.

David Porter is a historian of China who focuses on questions of empire, state-making, and identity in the Qing and early Republican periods. He received his PhD in History and East Asian Languages from Harvard University in 2018. He is currently working on a book manuscript dealing with the history of the Qing Eight Banners, the group of soldiers and bureaucrats that played a leading role both in the Qing conquests of China and Inner Asia and in the everyday administration of the Qing empire. This work argues that the banners are better understood not as an ethnic institution dedicated to maintaining Manchu solidarity, but as a “service elite” – a multiethnic caste of imperial servitors whose hereditary political, legal, and economic privilege was tied to the military and administrative service they provided to the Qing court. Treating the banners as a service elite, rather than a uniquely Manchu ethnic formation, will enable productive comparisons to analogous institutions elsewhere in early modern Eurasia.

In addition to this larger project, he has worked on the post-imperial Manchu racial imaginings of a Daur bannerman in early 20th century Xinjiang, on the development of translation schools in 18th and 19th century China (and the unexpected connections between education in Manchu and education in English in the late Qing), and on the entangled public and private lives of a high-ranking frontier official and his epistolary correspondents in early 19th century Tibet, Mongolia, Xinjiang, and Beijing.

At Yale, where he received his undergraduate degree in History in 2010 as a member of Saybrook College, he is teaching a seminar focused on the production and maintenance of identity categories (gender, status, ethnicity, religion, sexuality, etc) in the Qing empire, and the relationship between empire as a political system and the forms that identity took.