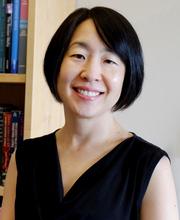 In November 1973, media reports described a strange phenomenon—people, mostly housewives it seemed, were lining up at stores by the hundreds in a rush to buy toilet paper. Almost immediately adopting the language of a panic, newspapers were puzzled about why people were suddenly going to such lengths to get their hands on toilet paper, of all things. This assumption of irrationality was echoed in later studies of the frenzied purchasing, resonated with the scholarly literature about panics, and endured in histories and memories of the “toilet paper panic” as emblematic of the disorienting shock delivered by the oil crisis. But if we rethink and challenge these approaches to societal panics, the decisions and concerns of late 1973 do not seem unfounded, unreasonable, or overwrought. Rather, both the scare over toilet paper and its characterization as a panic come to reflect worries about substantive threats that were exacerbated, though not created, by the oil crisis. The toilet paper scare reveals how shortages, inflation, government ineptitude, and corporate profiteering eroded a sense of middle-class comfort and security in the early 1970s. Indeed, at this pivotal moment, and for the first time in the postwar period, the danger of losing all that had been attained seemed exceedingly real.