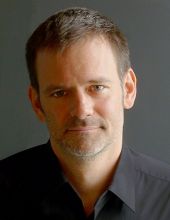 Natsume Soseki’s portrait may have yielded its place on the ¥1000 bill, but as we approach the centenary of the novelist’s death his canonical status in Japan seems as solid as ever.  In the Anglophone world, where Sōseki’s readership has long been limited to specialists, his work is gaining new readers: new English translations of no fewer than seven of his novels have appeared since 2008 and a major conference on his work is slated for this April at the University of Michigan.

But why this focus on Sōseki, some may ask, when so many other Japanese authors remain undiscussed and untranslated?  Why not diversify our vision of Japanese literature, and Japan itself, by devoting our limited attention to new and different authors? As one of the organizers of the Michigan conference on Sōseki, these are questions Vincent has asked himself as well, and in this talk he will try to answer them.

If Japanese literary studies as practiced in the U.S. today tends toward a model of “discovery,” “coverage,” and then moving on, we have been less inclined to go deeper with repeated readings. This talk argues against this tendency and for the value of revisiting, rethinking, and retranslating the works of established writers like Sōseki–not only because these texts are “great,” but because their canonicity itself allows them to serve as the medium of a more complex, and more collective, body of scholarship. It reads John Nathan’s recent retranslation of Sōseki’s final, unfinished novel Light and Dark along with some extraordinary scholarship on this text and others, highlighting the rich insights Sōseki’s work continues to enable about gender, power, voice, consciousness, narrative, the novel, and the self in Japan and in the world. While it remains vitally important to expand the canon by looking outside it for “diversity,” Sōseki’s work exemplifies a diversity within the canon that is worth pursuing if the field of Japanese literature is to do more than simply keep “discovering Japan.”

J. Keith Vincent is the author of Two-Timing Modernity: Homosocial Narrative in Modern Japanese Fiction (Harvard Asia Center, 2012). Recent edited volumes include Honoring Eve, a Spring 2010 issue of Criticism co-edited with Erin Murphy, on the work of queer theorist Eve Kosofsky Sedgwick, and Perversion and Modern Japan: Psychoanalysis, Literature, Culture, (Routledge, 2010) co-edited with Nina Cornyetz. His translation of Okamoto Kanoko’s A Riot of Goldfish (Hesperus  2010) won the 2011 U.S. Japan Friendship Commission Prize for the  Translation of Japanese Literature. He was part of the team that translated Natsume Sōseki’s Theory of Literature (Columbia UP 2009). He is currently working on a book on shaseibun, with a focus on Sōseki’s early work. He is Associate Professor of Japanese and Comparative Literature at Boston University and is currently in residence at the University of Michigan as the Toyota Visiting Professor of Japanese Studies.