Home » Events » Virus, Alliance and the Emperor: Japan’s Stability and Security in an Unpredictable and Dangerous World

Virus, Alliance and the Emperor: Japan’s Stability and Security in an Unpredictable and Dangerous World 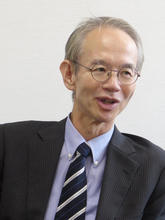 Japan currently faces some serious challenges of both a short and long term nature. The coronavirus breakout in Wuhan has been a major concern of the whole nation because of its close proximity to and economic relations with China. Japan also has had some serious natural disasters in the recent past and more is in stock: a huge tsunami, for instance, has up to 26% chance of hitting the southern coast of Japan in the next 30 years. The pace of Japan’s population decline seems to have accelerated in the past few years, which is already affecting Japan’s economy and security among others. Japan’s security environment has remained tense with China and other powers in East Asia and beyond. China in particular is becoming increasingly sophisticated in its military capabilities. Although the Japan-US alliance has remained strong, it is not certain that the US would continue to see the alliance as an indispensable element of its national strategy.

Despite all these challenges, visitors to Japan are impressed with its political and social stability. They do not see in this country extreme polarization of society between the haves and the have-nots, for instance. No panic bank runs, wide outflows of funds to other countries, ethnic and xenophobic violence and persecution, rise of a party with an extreme ideology, either right or left, military coup, political assassination, or civil war has occurred in one’s memory.

Is this stability of Japan of a temporary nature? Is this because of the pumped-up steroid economy that may collapse after the second Tokyo Olympic Games? If so, would the Japanese people behave more like people in many other countries in the world when things get really bad? Or is there some built-in stabilization mechanism that will continue to moderate and discipline its behavior in years to come?

The new Emperor of Japan on May 1, 2019 (the first day of the first year of Reiwa) declared: “I have hereby succeeded to the Throne pursuant to the Constitution of Japan.” He then thanked his father, “His Majesty the Emperor Emeritus” for his service for “more than 30 years … praying for world peace and the happiness of the people, … sharing in the joys and sorrows of the people.” The new Emperor promised to “act according to the Constitution” and fulfill his responsibility as “the symbol of the State and of the unity of the people of Japan.”

Perhaps this is mere relics of Japan’s complicated past. Nevertheless, the declaration resonated with the hearts and minds of the vast majority of the people of all ages and every walk of life. The Emperor of Japan, once the symbol of Japan’s imperialism and militarism, is now a symbol of peace who unifies the nation in a strictly apolitical manner. Is this something to celebrate? Or would this stability slowly turn the whole nation into complacency and eventual decline? Herein perhaps lies the real question of whether Japan as a nation will remain resilient and tenacious enough to survive in this increasingly uncertain and unpredictable world.

Mr. Agawa’s books include: A History of Constitutional Amendments and Other Changes in America (2016); American History through the United States Constitution (2004, 2013) (for which he received the Yomiuri-Yoshino Sakuzo Award in 2005); Manifest Destiny on the Seas? The Birth and Rise of Pax Americana (edited and coauthored) (2013); The Friendship on the Sea: the United States Navy and the Japan Maritime Self-Defense Force, (2001, 2019 in English translation); and The Birth of an American Lawyer (1986). He is also a co-translator into Japanese of Paul Johnson’s A History of the Jews (1999, 2006). He frequently contributes to various journals and newspapers and engages in public speeches at various fora.

Mr. Agawa has also taught at, among others, the University of Virginia Law School, Georgetown University Law Center, and Tokyo University. He currently sits on the board of councilors of the Suntory Foundation and the United States-Japan Council as well as on the board of directors of the America-Japan Society of Kyoto. He serves on various occasions as advisor to the government of Japan. This includes his current membership of CULCON, a group that advises the Japanese and U.S. governments on matters related to cultural and educational exchanges.