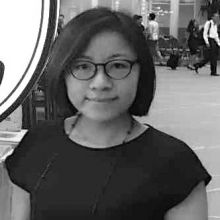 In the two decades between 1211 and 1234, the Mongols swept through North China under the Jurchen-Jin dynasty (1125-1234), waging the most destructive war in the history of imperial China. Wiping out more than half of the population and ruining much of the farmland, the Mongols destroyed the underpinnings of the entire society in North China and caused the old order to collapse. From the early years of their conquest, instead of relying on Confucian-educated literati to rebuild local society like the Jurchens had done, the Mongols shifted financial and political support to Quanzhen Daoist and Buddhist religious orders, making their clergy one of the most powerful social groups. Men from different social levels, and a surprising number of women as well, assembled in the Buddhist and Daoist orders and played significant roles in rebuilding postwar society, reviving the economy, and reshaping social values. Clergy and their religious institutions acquired sufficient power to occupy considerable social space between family and state, which led to the emergence of a new social order in North China beginning in the Mongol-Yuan period and extending well to the following Ming dynasty (1368-1644). This distinctive social order is utterly different from the scholarly image of a literati-centered local society in imperial China after the eleventh century.

Jinping Wang is an Assistant Professor of History at the National University of Singapore. She studies the social, cultural, and political history of pre-modern China, and holds a Ph.D. from the Department of History at Yale University (2011). Her Ph.D. thesis, entitled “Between Family and State: Networks of Literati, Clergy, and Villagers in Shanxi, North China, 1200-1400” won the Department’s Arthur and Mary Wright Prize for the best dissertation on non-Western History. She is currently working on a book manuscript based on her dissertation, tentatively entitled Literati, Clergy, and Villagers: Social Change of North China in the Jin-Yuan-Ming Transition, 1200-1500. Her other research interests include Chinese religions, the history of the Mongol Empire, and the history of cultural communications between China and Japan as well as China and Iran. Before joining NUS, Dr. Wang was a Postdoctoral Teaching Fellow in the Department of East Asian Languages and Civilizations at University of Pennsylvania.