Home » Events » Which future for the past? Japanese premodern literature between Cultural heritage and Digital humanities

Which future for the past? Japanese premodern literature between Cultural heritage and Digital humanities 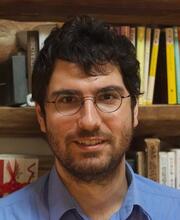 The impressive development of digital technologies in the 21th century made possible today to preserve, share, and study premodern documents and texts in a way never seen before, opening the field to new academic methodologies and approaches going under the name of “digital humanities”. In the very same years the concept of “cultural heritage” growth both in complexity as well as in inclusiveness, as the category of intangible cultural heritage (ICH) extended the reach of safeguarding to include cultural practices such as songs, plays, food or handicraft. Both the so called “heritage studies” as well as the digital humanities seem to be able to question and rethink traditional assumptions about culture, its representativeness and asserted universal values, as well as the Western-centric perspective that inform most of the academic disciplines in modern universities.

How should we rethink premodern literature, intended both as corpus of texts and as an academic discipline, to answer the issues and catch the possibilities offered by the new paradigms of “digital” and “heritage”? In the case of Japanese literature, which new values can be added to, or re-discovered from premodern texts transmitted in Japan - many of them being invaluable copies of Chinese texts being long-lost in the rest of Asia? Can we talk of premodern literature as of a “textual heritage” of mankind, and what does it eventually mean? What should be the role that the study and knowledge of premodern literature today should play in the development of a growingly inclusive and open society, where social values and universal rights are shared across linguistic and geographical borders increasingly blurred both in East Asia and in the rest of the world?

Drawing on the speaker’s recent research, this webinar will briefly present some new approaches to the analysis of Japanese premodern texts and their re-contextualization in a wider, interdisciplinary and present-oriented perspective.

Edoardo Gerlini is a “Marie Sklodowska Curie Action” research fellow at Ca’ Foscari University of Venice (Italy), where he teaches Japanese language and premodern literature. His present research project titled “World Heritage and East Asian Literature – Sinitic Texts in Japan as Cultural Heritage” attempts to open an interdisciplinary dialogue between literature and heritage studies. He spent almost half of the last ten years as visiting researcher at Japanese institutions like Waseda University, the International Research Center for Japanese Studies (Nichibunken) and the University of Tokyo. He specialized in Japanese literature of the Heian period, especially poetic anthologies, canon formation and Sinitic writings. He authored the book Heian Court Poetry as World Literature – from the Point of View of Early Italian Poetry (Firenze University Press, 2014) and a number of articles in Italian, English, and Japanese. In the last years he organized workshops, lectures and panels aimed at defining meanings and uses of “textual heritage”, especially in the East Asian context.

Register in advance for this webinar:
https://yale.zoom.us/webinar/register/WN_p2jDxVdOR06SPL4YpV4bjg