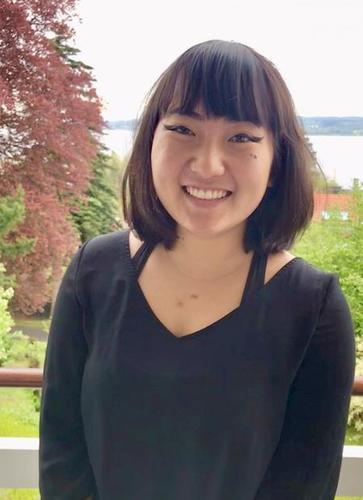 Christina Pao (Branford, 2020), along with Yuki Hayasaka (Grace Hopper, 2020) and Adam Michalowski (Branford, 2019) were among 2018’s Japan Foundation Center for Global Partnership Grant award winners for their team study, “ ‘Super Volunteerism’: A Grass-Roots Solution to Global Prejudice.”  We recently caught up with Christina to ask about her about her summer research experience.

To begin, could you please provide a brief summary of your research?

In our research, we studied Japanese civil society actors who are particularly active in issues surrounding displacement, particularly asylum-seeking. By studying staff members and volunteers of these organizations, we tried to understand if and how particularly active members of these organizations were able to build empathy towards refugees and asylum-seekers amongst those around them (e.g., family, friends, and coworkers). These individuals that we identified as empathy-builders we called “Super Volunteers.”

Through these interviews, corroborated with interviews of a similar nature that we conducted in Germany, our research team found that there were different mechanisms that Super Volunteers would use in order to build empathy in their communities. In Japan, where there are fewer refugees and asylum-seekers, Super Volunteers tended to bring their friends and family to also volunteer in civil society organizations. In Germany, where there are substantially more refugees and asylum-seekers, Super Volunteers tended to use a storytelling mechanism to build empathy amongst those around them. This difference between Super Volunteer mechanisms showed us that both empathy-building exists in different forms, adaptive to the social frame and to the number of refugees accepted into the country.

Adam Michalowski (Yale College, ’19) and I had taken a course called “The Microfoundations of Japanese Politics” with visiting Professor Seiki Tanaka in Fall 2017. Once Adam and I both realized that we had written very similar midterm papers for the course (namely, on Japanese migration policy), we began meeting up in our residential college common room to discuss the course material and our interests within it. From there, we met with Professor Frances Rosenbluth, who helped us hash out the details of our project starting in the Winter 2017.

On a personal level, I had been very invested in this topic due to my family’s own migration history (from Japan and China) and through work that I had done in prior surrounding this topic. Prior to taking Professor Tanaka’s class, I had been working at Integrated Refugee and Immigrants Services (IRIS) in New Haven and with the International Rescue Committee (IRC) in Seattle. Given my exposure almost exclusively from the American perspective, I thought that studying these issues from a comparative lens (i.e., from a Japanese perspective) would be edifying.

What did you do for your summer project?

We first traveled to Japan in March 2018 for our initial rounds of 20 interviews. It was after this trip that we began drafting our comprehensive paper on our findings. I carried on with both English interviews in Japan and a writing of our comparative findings in Germany during the Summer of 2018.

In the Summer portion of the trip, I had gone and gotten field and interview notes from another around 50 respondents in Japan that were working on civil society issues relating to migration, displacement, and human-rights. This was an interesting and necessary counterpart to what we had found from our March interviews that were conducted in Japanese by Yuki Hayasaka.

After the collection of field notes and interviews, and after their translations, Yuki, Adam, and I had written a more comprehensive report of our findings. This report was the basis for what we later continued after going through a similar interview process in Germany. The joint-paper between Germany and Japan’s findings was eventually published online by an NGO/think-tank in Berlin called Social Science Works.

What would you say were the most interesting findings of your summer research?  Were there any surprises?

Personally, I was most interested in the mechanism of empathy-building that the Japanese volunteers had demonstrated. Overall, particularly influential volunteers would bring their friends to the organizations to also volunteer. This was much less common in the findings from Germany.

I think it was also significant that many of the Japanese volunteers that worked in these refugee/migration/humanitarian organizations often did not think that Japan was in a place to accept more refugees. With Japan’s aging population, this raises further questions on how Japan will continue to sustain its growing need for labor and elder care.

What was the most challenging part of your summer research?  Were you able to overcome these challenges?

I think the greatest challenge in the research was the logistics! Because the interviews were semi-structured, and since so many individuals were generously willing to speak about their experiences for this project, it was difficult to ensure that I could maximize on the time I was in Japan. For example, I might have to catch an interview in Kamakura on one day, take a late-night train and head to Hiroshima for the next day. Or, I would allocate an hour to an interview that might end up lasting three.

Fortunately, since the grant had generously funded both my Spring and my Summer experiences, I was able to do follow-ups during the summer trip that might not have been covered in the Spring trip, and I was able to travel to more parts of Japan to speak to interviewees with a larger Summer budget. By the end of both research trips, we had interviewed a couple dozen more than we could have anticipated!

Now that you are back on campus, what is the next step for your research?

Since being back on campus, as I mentioned before, we were fortunately able to publish a short paper with Social Science Works in Berlin! While that was definitely a difficult and time-consuming process, it was rewarding to be able to collaborate with scholars from around the world to share our findings.

Even beyond our initial project, however, I have decided to go through the process of re-coding and re-analyzing many of the interviews collected in Japan (mostly for the fact that the transcripts are extremely rich and full of nuance). I would be interested in using these transcripts for a future project to better understand Japanese civil society and volunteerism more broadly.

Do you have any words of advice for students who plan to do research abroad next summer?

I would absolutely suggest to immerse yourself heavily in readings about the place you travel: the manners/habits/rules you will want to respect, the cultural significance of certain traditions or objects, the history, and its system of governance. Not only will this allow for greater appreciation for the place that you conduct research, but it will also allow you to navigate a new space with respect.

I would also say that it is crucial to maintain contact with advisors (particularly if they are not also abroad with you) throughout the entire research process. For me, working with human subjects, I needed to ensure that I was analyzing the evidence mindfully and carefully. I leaned heavily on my advisors to ensure that I was handling sensitive information with the highest care.

This study has been published with Social Science Works which can be found here.