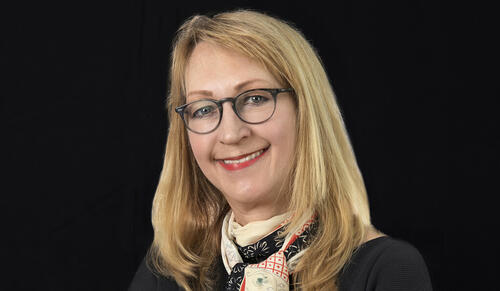 Frances McCall Rosenbluth, a comparative political economist with a special interest in Japan, and a distinguished and beloved teacher and member of the Yale community, died Nov. 20 after a valiant battle with cancer. She was 63.

Rosenbluth, Damon Wells Professor of Political Science, was born in Osaka, Japan, where her parents were Presbyterian missionaries, and grew up there and in Taiwan. Her impeccable Japanese meant that she was easily mistaken on the telephone for a native, and that fluency, combined with her flawless Mandarin, gave her an intuitive understanding of those cultures that enriched her scholarly work.

Rosenbluth’s first book, “Financial Politics in Contemporary Japan,” took on scholarly orthodoxy when she argued that assumptions about Japan as a unique culture, where political and economic dynamics that prevailed elsewhere had to be treated differently, was wrong. This, as well as her early analysis that the Japanese economy was neither as efficient nor as viable as it appeared to most commentators, proved to be right. These innovations quickly established her as a leader in the field.

Work on Japan was a continuing thread throughout her career, both in articles and in her books, among them “The Politics of Oligarchy: Institutional Choice in Imperial Japan” and “Japan’s Political Marketplace” (both with Mark Ramseyer) and “Japan Transformed: Political Change and Economic Restructuring” (with Michael Thies). For several years she was vice president for international affairs at Waseda University, flying back and forth between the United States and Tokyo on an almost monthly basis.

Gender was another abiding interest throughout Rosenbluth’s career. With Torben Iversen she published “Women, Work, and Politics: The Comparative Political Economy of Gender Inequality,” which become a standard work on the gender wage gap and female underrepresentation in politics. In 2020 she and Nannerl Keohane, former president of both Wellesley and Duke, co-edited “Women & Equality,” a collection of essays in the journal Daedalus by female academics, journalists, lawyers, and practitioners, presenting a kaleidoscopic picture of the present complexities of the battle for equality.

Keohane writes that “Frances’s vibrant personality, wide-ranging interests and generous support for other scholars made her a superb co-editor, colleague and friend; working with her was a privilege and a joy.”

Rosenbluth’s work on gender inequality went beyond scholarly analysis. One especially gratifying success of her service as deputy provost at Yale was attracting a major gift supporting a sixth university-affiliated childcare center, the Nest at Alphabet Academy, located on Science Hill at the Yale Divinity School.

She was also an active member of committees and task forces devoted to improving opportunities for women in the professions through the American Political Science Association and the American Academy of Arts and Sciences where, as David Oxtoby wrote, she “distinguished herself as one of our most active and engaged members, serving on the Academy Council, the Committee on Studies and Publications, the Political Science Section Panel, the New Haven Program Committee, and the Program Advisory Committee for American Institutions, Society, and the Public Good.”

Rosenbluth had lately turned her focus to democracies and their challenges. Her wide-ranging book with John Ferejohn, “Forged Through Fire: Military Conflict and the Democratic Bargain,” considers the ways in which wars have shaped political landscapes throughout history. Most recently, her book with Ian Shapiro, “Responsible Parties: Saving Democracy from Itself,” examines the features of political parties and democratic competition that contribute to voter alienation, and what the best reforms might be.

It is hard to comprehend how Rosenbluth could sustain this scholarly agenda while also teaching both undergraduates and graduates to great acclaim and investing herself in administrative work at Yale and beyond. Her undergraduate course “Sex, Markets, and Power” was capped at 460 students — the number that could fit into the law school auditorium. Her other lectures and seminars were routinely oversubscribed. She won both the Lex Hixon ’63 Prize for Teaching Excellence in the Social Sciences and the William Clyde DeVane Medal for Teaching Excellence in Yale College.

Nor did her heavy investment in undergraduate teaching come at the expense of the many dissertations she directed or the time, care, and attention she lavished on the Ph.D. students whose futures meant so much to her.

During the DeVane Award ceremony, Johannes Bheringer ’18 noted that the words “amazing,” “excellent,” “superb teacher, “fantastic professor,” and “the best” occurred frequently in her course evaluations, adding that she “challenges her students to develop the curiosity and creativity characteristic of liberal artists and scientists” and “tailors her attention to the individual, identifies idiosyncratic strengths, and pushes beyond them.”

Her former dissertation student Thomas Pepinsky ’07 Ph.D., who is now Walter F. LaFeber professor of Government at Cornell, said that Rosenbluth shared “not just her expertise and her brilliance but also her perspective and her humanity. She led by example, showing us how to live a full life and how to be generous with those around us, always with a reassuring smile.

Anyone who ever saw Professor Rosenbluth at home — cooking, hiking, walking her dogs with Ian and her sons — would imagine her entirely focused on family life. This kind of multi-tasking energy is what Greg Huber, Forst Family Professor and chair of political science, had in mind when describing her as a “force of nature” and as a “ceaseless advocate for her students, peers, and the larger Yale and scholarly communities.”

Surviving Professor Rosenbluth are her longtime partner, Ian Shapiro, Sterling Professor of Political Science, and her three sons, Ben ’17, John ’19 and Will ’23. There will be no funeral. Those who wish to commemorate her in a manner consistent with her values could make a gift to cancer research or a nonprofit dedicated to protecting vulnerable animals or species.