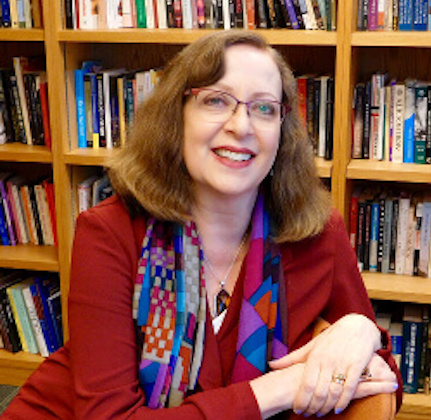 On September 28, the MacMillan Center and the Department of Anthropology hosted a ground-breaking conference on “Waithood: Gender, Education, and Global Delays in Marriage.” Organized and led by Marcia C. Inhorn, Yale University, and Nancy J. Smith-Hefner, Boston University, the conference showcased the work of fourteen scholars from the United States, Spain, Canada, Singapore, and France. This geographically diverse set of panelists presented global perspectives on the social transformations taking place due to the prolonged period of “singlehood” experienced by young people, especially young women, before entering marriage. Speakers offered rich, ethnographic perspectives on the various factors leading to marriage delays—primarily increased access to educational opportunities, especially for women, but also economic difficulties and high unemployment rates, especially for men.

Inhorn opened the conference by crediting Diane Singerman, American University, for the waithood concept. Based on her extensive research in Egypt and the Middle East, Singerman has identified four crucial factors that seem to be fueling this epidemic in marriage delays—namely, a demographic youth bulge, high youth unemployment rates, extraordinarily high marriage costs in a context of low wages, and resulting delayed sexuality and marriage in societies where marriage signals the entrance into full adulthood. However, as noted by Smith-Hefner and several other of the conference participants, in many other parts of the world, “waithood” can also be framed as a productive period during which time young people pursue new opportunities for social, economic, and self-development before choosing a partner and entering into a marital relationship.

The conference was structured around five regional panels. The Middle East panel, chaired by Eda Pepi, Yale University, featured Singerman, as well as Fida Adely, Georgetown University, and  Mehrdad Babadi, Boston University. This panel highlighted the economic underpinnings to the waithood phenomenon across the Middle Eastern region. Singerman emphasized the confluence of rising costs of marriage and rising levels of unemployment in Egypt, Tunisia, and Jordan as prohibitive factors in young people marrying. At the same time, she presented the Arab Spring as a seminal moment of challenging the political status quo, when “waithood was tired of waiting.” Adely offered ethnographic accounts of Jordanian women moving from the provinces to the urban center of Amman to seek new educational and economic opportunities, yet coming face-to-face with the prospect of remaining single, in part due to their growing professional attainments. Babadi presented research from Iran, where marriage rates are declining for both men and women due to a variety of factors, including the “growing appeal of singlehood” as young people explore their “emerging adulthood.”

The Africa panel, which included two papers focused on male waithood, was chaired by Louisa Lombard, Yale University, and featured Adeline Masquelier, Tulane University; Kristen McLean, Yale University; and Aalyia Sadruddin, Yale University and MIT. Masquelier’s presentation focused on waithood among university-educated young men in Niger, who are “waiting for career opportunities that rarely materialize,” but take advantage of spaces called fadas, or “tea circles,” to pass time and tap into supportive male social networks. She labeled these spaces, and the social activities that take place in them, the “infrastructure of anticipation.” McLean approached waithood for men in post-conflict Sierra Leone through the temporal lens of the West African Ebola epidemic, where young men found themselves to be “both physically and emotionally stuck.” Yet, even in the midst of crisis, these Sierra Leonean “youthmen” remained highly focused on their educational aspirations, hoping for much brighter futures. In contrast to Masquelier and McLean, Sadruddin focused on African women. In her presentation she played with the concept of “buying time,” detailing the educational aspirations of Kigali women in Rwanda, who “negotiate their womanhood in an era where marriage and education are viewed as pathways to social adulthood.”

Catherine Panter-Brick, Yale University, moderated the Asia panel, which focused on the social challenges and pressures that Chinese and Indonesian women face after delaying marriage for educational and career reasons. Matthew Gutmann, Brown University, showcased China’s “leftover women,” a label usually applied to highly educated women over the age of 27 who have not yet been married. In his presentation, Gutmann emphasized increasingly conservative attitudes regarding both Chinese masculinity and gender equality, which are contributing to marriage delays for the country’s most educated women. Zachary Howlett, Yale-NUS, continued this theme by exploring the ways in which rural-to-urban Chinese migrant women attempt to achieve both emotional fulfillment and filial piety while delaying matrimony in their pursuit of education. Finally, Nancy J. Smith-Hefner, Boston University, offered ethnographic insight from Indonesia, where educated women are in an increasingly precarious position of being too educated to attract an appropriate marital partner, sometimes deciding to marry “down” or entering into Islamically arranged marriages.

The Latin America and Caribbean panel was moderated by Claudia Valeggia, Yale University, and featured Brendan Jamal Thornton, University of North Carolina at Chapel Hill, and Nicole Berry, Simon Fraser University. This panel explored relationships between traditional social structures and state agendas vis-à-vis changing social norms among young people. Thornton’s presentation focused on the many reasons that couples in the Caribbean delay legal matrimony, despite increasing Christian evangelical pressure to marry. Berry offered insight into ways that the Guatemalan state stereotypes indigenous Mayan women as “only mothers,” thereby ignoring the increasing educational aspirations of young women who are delaying marriage and seeking professional employment in NGOs and beyond.

Rene Almeling, Yale University, chaired the Euro-America panel, the conference’s final set of presentations. These scholars focused on waithood in the context of delayed pregnancy and the increasing use of assisted reproductive technologies for conception. Manon Vialle, CNRS Marseille, provided an ethnographic analysis of the many and complex reasons French women “wait” to become mothers, but are then blamed by the medical profession for utilizing assisted reproductive technologies too late “because they are selfish.”  Beatriz San Roman, Autonomous University of Barcelona, presented the Spanish dilemma of “child gaps,” or the difference between the number of actual births and desired births, and posited that constraining social and economic realities for women often lead them to miss out on their childbearing years. Inhorn took up the question of why highly educated American women are increasingly turning to egg freezing technology. She argued that, again, it is not due to “selfish” reasons like putting their careers and lifestyles first, but in fact is more often due to partnership problems that lead these highly successful women into unintended “reproductive waithood.”