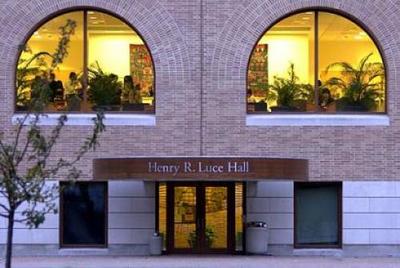 The Council on East Asian Studies at Yale University (CEAS) was founded in 1961 and continues a long tradition of East Asian Studies at Yale. CEAS provides an important interdisciplinary forum for academic exploration and support related to the study of China, Japan, and Korea. Its mission is to facilitate the training of undergraduate and graduate students, and to foster outstanding education, research and intellectual exchange about East Asia. For nearly sixty years, it has promoted education about East Asia both in the Yale curricula and through lectures, workshops, conferences, film series, cultural events, and other educational activities open to students, faculty, K-16 educators, and the general public.

With more than twenty core faculty and an equal number of language instructors spanning twelve departments on campus, East Asian Studies (EAS) remains one of Yale’s most extensive area studies programs. Its interdisciplinary emphasis encourages collaborative linkages across fields and departments and contributes to diversity across the curricula and in the classroom. Approximately one hundred and fifty courses on East Asia in the humanities and social sciences are offered each year.

CEAS administers Bachelor of Arts (B.A.) and Master of Arts (M.A.) Programs. While the B.A. Program focuses on the study of either a country or an area within East Asia, the M.A. Program focuses on the study of China, Japan, or a transnational region in East Asia. Graduates of the EAS B.A. and M.A. Programs have gone on to distinguished careers in the fields of academia, business, non-profit organizations, and government service.

Every year CEAS welcomes domestic and international scholars to campus as guest lecturers, visiting fellows, research scholars, and professors. In 1999, the Council initiated a Postdoctoral Associates Program, bringing talented individuals into the community of scholars at Yale to conduct research and teach advanced undergraduate seminars.

Study and research in EAS at Yale are supported by one of the finest library collections in the country. The Chinese, Japanese, and Korean language print resources in the East Asia Library at Sterling Memorial Library constitute one of the oldest and largest collections found outside of East Asia. The Asian Art Collection at the Yale University Art Gallery also supports classroom instruction, faculty research, and community outreach activities.

CEAS is one of the many programs and initiatives at the Whitney and Betty MacMillan Center for International and Area Studies at Yale.