Home » Events » An Account of the Xiongnu: The First Documented Super-Polity on the Mongol Steppe

An Account of the Xiongnu: The First Documented Super-Polity on the Mongol Steppe 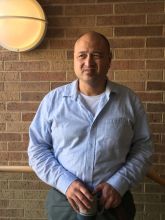 The Xiongnu have been of considerable scholarly interest since their first description by Sima Qian in his Shiji from the early first century BCE, and are best known as the nemesis of the “Middle Country” during the Han Dynasty, described by their Han contemporaries as brutal horse riding barbarians that live by the drawing of the bow. This lecture will explore the character of the Xiongnu from a four-field anthropological approach (Culture, Language, Archaeology and Bioanthropological), examining what each field has to offer to the discussion to date, and what we can say is fact verses interpretation in the ongoing discussion attempting to define who and what the Xiongnu are.

Leland Rogers has degrees in Central Eurasian Studies and Anthropology, and specializes in ancient DNA and population genetics. His doctoral dissertation explored the matrilineal lineages of the populations of the central Mongol Steppe from the late Neolithic to the present, being particularly interested in uncovering genetic affinities of the central Mongol Steppe population through time to ancient and modern populations of Eurasia. Analysis was carried out through a multidisciplinary approach, including archaeology, history, linguistics, and cultural studies, to place biological population change within a cultural context. His research also assists in the establishment of a broader database of ancient DNA data for comparative purposes in future ancient population studies of Eurasian and “New World” populations.

During his time as a postdoctoral associate at the Council on East Asian Studies at the MacMillan Center, Leland will be working on turning the data from his dissertation into articles to be published in major peer reviewed journals, and publishing several other articles in Mongolian Studies and archaeology.  Also, he is working with the animal ancient DNA laboratory at Yale for subspecies identification for animal samples retrieved from archaeological sites in Mongolia and Museum specimen apes.