Home » Events » From Animation to Martial Arts: Toward Transcendence of False Movements

From Animation to Martial Arts: Toward Transcendence of False Movements 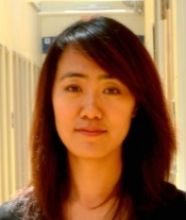 This lecture is part of the “Monsters in Motion: Spring Film Series on Animated Monsters and/in East Asia.”

Animation (donghua pian) and martial arts films (wuxia pian) have demonstrated close affinity with each other in the history of Chinese cinema. They overlap historically and conceptually. The martial arts films frequently rely on various animation techniques (e.g. stop motion, cel animation, computer graphics) to create special effects in spectacular fighting scenes. Chinese animations often take their narrative and visual references from the genre conventions of martial arts, featuring fighting warriors and heroic fantasies in exotic sceneries in animated imagery. More importantly, both Chinese animation and martial arts cinema have constantly been endorsed with the nationalist discourse of cultural heritage, associated with such notions as “national styles” and “folk traditions,” suggesting their shared historical legacy in addressing certain crisis of national identity.  Despite such close affinities, these two clearly connected forms of moving images have rarely been examined together in the studies of Chinese cinema. This talk aims to provide an analytical mapping of the historical and aesthetical connections between animation and martial arts cinema. I will particularly focus on the notion of movement, and demonstrate that both animation and martial arts emerged and developed in Chinese history as powerful vehicles to negotiate with competing conceptualizations of bodily movement and their implication in shaping a vernacular perception of space, time, energy, vitality, and physicality, all of which have been animating cultural discourses and activities as well as the formation of a national identity in China from early modernity to the digital age. These two forms of moving images, through closely related techniques and technologies, not only tackle the question of movement as an intrinsic problem of cinema, but also function to imagine, question and problematize how a Chinese body should move in a vernacular history of modern media that is often defined and propelled by various kinds of motion.

Jinying Li is an assistant professor of Film and Media Studies in the English Department at University of Pittsburgh. Her research focuses on the media culture of East Asia. Her essays on Asian cinema, animation, and digital media have been published in Film International, Mechademia, The International Journal of Communication, Asiascape and Camera Obscura. She co-edited two special issues on Chinese animation for the Journal of Chinese Cinemas, and a special issue on regional platforms for Asiascape: Digital Asia. She is currently completing her first book on anime and geek culture. Jinying is also a filmmaker, and has worked on animations, feature films, and documentaries. Two documentary TV series that she produced were broadcasted nationwide in China through Shanghai Media Group (SMG). She is also one of the co-writers for animated feature film Big Fish and Begonia (Dayu Haitang, 2016). She served as a co-PI for a project on interactive media at the Advanced Innovation Center for Future Visual Entertainment in Beijing Film Academy, and produced a VR documentary 47km in collaboration with director Zhang Mengqi for the project.