Home » Events » From the Ashes: Hiroshima and the Rise of Global Memory Culture

From the Ashes: Hiroshima and the Rise of Global Memory Culture 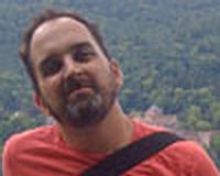 On February 6, 1963, Hiroshima’s main newspaper, the Chūgoku Shinbun, published an account under the somber title, “Exchanging Mementos of Death,” detailing an exchange of A-bomb and Holocaust relics between a Hiroshima peace delegation and an Auschwitz survivors’ organization. The exchange, which took place on the site of Auschwitz-Birkenau, also included actual ashes and bones of Auschwitz victims, given to the Japanese by their Polish hosts. This symbolic encounter, in which the dead were literally conscripted in the service of the politics of the living, serves as the focal point of Zwigenberg‘s upcoming manuscript, The Bright Flash of Peace: Hiroshima in the World: 1945-1995. Examining the peculiar history in Hiroshima and abroad, which led to this encounter, this talk will concentrate on the narratives of sacrifice and victimization that were central to the postwar reimagining of Japan.  Using Hiroshima’s postwar history as a platform, Zwigenberg examines how Hiroshima was “reborn” as a peace city, what implications the transformation had on the city and the bomb’s survivors, and how this history was, in turn entangled with and influenced similar sites of WW II mass killings in Asia and Europe, most notably with that of the Holocaust.
Ran Zwigenberg, a native of Israel, went to work for the United Nations after graduating with a degree in history from Hunter College. He recently finished his Ph.D. in history at the Graduate Center of the City University of New York. Ran’s research focuses on modern Japanese and European history, with a specialization in memory and intellectual history. His dissertation, and forthcoming manuscript, The Bright Flash of Peace: Hiroshima in the World: 1945-1995, deals comparatively with the commemoration and the reaction to the Holocaust in Israel and Europe and the atomic bombing of Hiroshima in Japan. In addition, he has published on issues of war memory, atomic energy and survivor politics. His book Hiroshima and the Rise of Global Memory Culture, 1945-1995 (tentative title) will be published in 2014 by Cambridge University Press. He has won numerous fellowships including the Japan Foundation Fellowship, Social Science Research Council International Dissertation Research Fellowship, and ACLS Dissertation Completion Fellowship. Zwigenberg has presented his work in Israel, Europe, the United States and Japan. He will be teaching a course titled “Hiroshima and Global Memory” in the spring of 2014.
Series:
CEAS Postdoctoral Associates Lecture Series
Tags:
Lecture
Region:
Japan