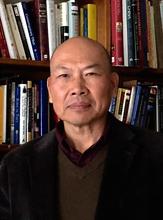 Between the late 1990s and the early 2010s there was a period of relative opening of state archives in the People’s Republic of China.  Taking advantage of the opportunity, Dr. Xiaoyuan Liu was able to complete the first ever archive-based study of the Chinese Communist Party’s policymaking in respect to Tibet.  Understanding Beijing’s policy behavior in multiple timescapes and analyzing the CCP’s dealing with an inherited Tibetan question in connection with the PRC’s “socialist transformation” at home and Cold War engagements abroad, the study revises previous scholarly interpretations of Beijing’s Tibet enterprise in several aspects.  These include Mao Zedong’s Tibet orientation, the organizational setup of Beijing’s Tibet operation, the so-called policy disagreements among CCP officials, CCP leaders’ understanding of an ethnopolitical situation involving several Tibetan communities, the varied nature of Beijing’s waiting stratagem in Tibet before and after 1957, and Tibet as a middle-ground between Socialist China and the capitalist world.  After the PRC was ten years old, Beijing succeeded in dissolving its inherited Tibet question but in the meantime harvested a Tibet problem of its own creation.

Xiaoyuan Liu is David Dean Professor of East Asia Studies and Professor of History at University of Virginia and Zijiang Professor of History at East China Normal University.  He earned a doctoral degree in history from the University of Iowa, and was a Social Science Research Council-MacArthur Foundation Fellow and an Asian Policy Studies Fellow of the Woodrow Wilson International Center for Scholars.  He has published several books in international history and on China’s ethnic frontiers in the twentieth century, including A Partnership for Disorder: China, the United States, and Their Policies for the Postwar Disposition of the Japanese Empire, 1941–1945 (Cambridge University Press, 1996), Frontier Passages: Ethnopolitics and the Rise of Chinese Communism, 1921–1945 (Stanford University Press and the Wilson Center Press, 2004), Reins of Liberation: An Entangled History of Mongolian Independence, Chinese Territoriality, and Great Power Hegemony, 1911–1950 (Stanford University Press and the Wilson Center Press, 2006), Recast All Under Heaven: Revolution, War, Diplomacy and Frontier China in the 20th Century (Bloomsbury Publishing, 2010), and《边疆中国：二十世纪周边暨民族关系史述》(Frontier China: twentieth-century peripheral and interethnic relations) (The Chinese University Press, 2016).  His most recent book is To the End of Revolution: The Chinese Communist Party and Tibet, 1949-1959, to be published by Columbia University Press in 2020.