Home » Events » China’s Rise and the Security of East Asia

China’s Rise and the Security of East Asia

Dr. Thomas J. Christensen - Professor of Public & International Affairs and Director of the China and the World Program, Columbia University 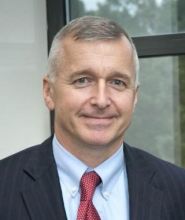 The Council is pleased to present the 59th Edward H. Hume Memorial Lecture in Chinese Studies.

Lecture will take place from 4:00 PM to 5:30 PM in the Amphitheater at the Greenberg Conference Center, followed by a reception in the Upper Lobby from 5:30 PM to 6:30 PM.

Many see a rising China as a security threat to the United States and its friends and allies because it seeks to drive the United States out of East Asia, dominate that region, and challenge the United States globally in a new Cold War.  These concerns are overblown.  But the good news ends there.  The difficult challenges posed by China’s rise are real and take two forms:  dissuading China from settling its many maritime disputes with weaker neighbors through coercion and military force and thereby destabilizing a region of growing global importance; and encouraging China to contribute to global stability by using its economic clout to help solve global problems such as nuclear proliferation in North Korea and Iran.

Thomas J. Christensen is Professor of Public and International Affairs and Director of the China and the World Program at Columbia University.  He arrived in 2018 from Princeton University where he was William P. Boswell Professor of World Politics of Peace and War, Director of the Princeton-Harvard China and the World Program, and faculty director of the Masters of Public Policy Program and the Truman Scholars Program.   From 2006-2008 he served as Deputy Assistant Secretary of State for East Asian and Pacific Affairs with responsibility for relations with China, Taiwan, and Mongolia. His research and teaching focus on China’s foreign relations, the international relations of East Asia, and international security.  His most recent book, The China Challenge:  Shaping the Choices of a Rising Power (W.W. Norton) was an editors’ choice at the New York Times Book Review, a “Book of the Week” on CNN”s Fareed Zakaria GPS, and the Arthur Ross Book Award Silver Medalist for 2016 at the Council on Foreign Relations. Professor Christensen has also taught at Cornell University and MIT. He received his B.A. with honors in History from Haverford College, M.A. in International Relations from the University of Pennsylvania, and Ph.D. in Political Science from Columbia University. He has served on the Board of Directors and the Executive Committee of the National Committee on U.S.-China Relations, as co-editor of the International History and Politics series at Princeton University Press, and as a member of the Academic Advisory Committee for the Schwarzman Scholars Program. He is currently the Chair of the Editorial Board of the Nancy B. Tucker and Warren I. Cohen Book Series on the United States in Asia at Columbia University Press.  Professor Christensen is a life member of the Council on Foreign Relations and a Non-Resident Senior Scholar at the Brookings Institution. He was presented with a Distinguished Public Service Award by the United States Department of State.

This annual lecture in honor of Dr. Edward H. Hume is made possible by the generosity of his family and many friends. Dr. Hume devoted much of his long and vigorous life to working in China and elsewhere in the cause of health care and medical training. He graduated from Yale College in 1897, and received his medical degree four years later from Johns Hopkins University. He worked in India from 1903 to 1905 before going to China, where he founded the Hsiang-ya Medical School and Hospital under the auspices of Yale-in-China in Changsha.