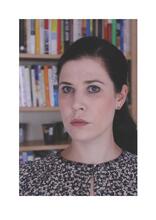 As a hyper-aging society, Japan has one of the highest global life expectancies and is undergoing a demographic transition that Western nations have yet to experience. The Japanese government is encouraging robotic solutions to a labor shortage in elder care, and Japanese authorities have adopted an agenda of introducing social robots to assist with elder care. However, Japanese society increasingly experiences the phenomenon of people becoming emotionally attached to anthropomorphic machines such as social robots. The introduction of social robots into the realm of elder care may be perceived as contentious by elders, caregivers, and family members. By exploring human engagement with social robots within the care context, this presentation argues that rapid technological advances in the twenty-first century will see robots achieve some level of agency by contributing to human society through carving out unique roles for themselves and bonding with humans. However, should there not be a difference between humans attributing agency to a being and these beings having an inherent ability to produce agency? How would we understand the difference if we cannot access the minds of other humans, let alone those of nonhumans, some of which are not even alive in the classical sense? Using the example of the interaction between an elderly woman and a social robot to engage with these questions, I discuss linguistic, attributed, and inherent agency and propose that a processual type of agency might be most appropriate to better understand human-robot interaction. I suggest that elderly people can develop an emotional attachment to such devices by attributing agency to them and, as their machine-learning routines grow more sophisticated, the social robots will eventually interact with humans in such an insightful way that the dichotomy between attributed and inherent nonhuman agency might become meaningless. Thus, by exploring human engagement with social robots within the care context, this paper argues that introducing emotional technologies into the care equation neither provides the same kind of experiences as human–human interactions nor deceives psychologically but gives rise to new relationships and ways of interacting.

Anne Aronsson is an anthropologist of Japan and obtained her PhD in socio-cultural anthropology from Yale University. She was a postdoctoral fellow with a Suslowa-Postdoc-Fellowship grant at the University of Zurich in Switzerland where she taught a seminar course “Global Processes in East Asia.” At Yale she will work on her postdoctoral project on elder care in Japan and the use of robotic care devices, with a focus on social robots and emerging emotional technologies as well as teach two courses. Anne has authored several publications, including “Social Robots in Elderly Care: The Turn Toward Machines in Contemporary Japan,” in the special issue “Relations, Entanglements, and Enmeshments of Humans and Things: A Materiality Perspective” in Japanese Review of Cultural Anthropology; “Conceptualizing Robotic Agency: Social Robots in Elder Care in Contemporary Japan” and introductory chapter in the special issue “Finding Agency in Nonhumas” published in Relations: Beyond Anthropocentrism based on an international conference organized together with Fynn Holm and Melissa Kaul at the University of Zurich; “Multispecies Entanglements in the Virosphere: Rethinking the Anthropocene in Light of the 2019 Coronavirus Outbreak,” co-authored with Fynn and published in The Anthropocene Review; and her monograph Career Women in Contemporary Japan: Pursuing Identities, Fashioning Lives published with Routledge Contemporary Japan Series.

Register in advance for this webinar: https://yale.zoom.us/webinar/register/WN_laomQu2gQOqXjfPblW6x6A