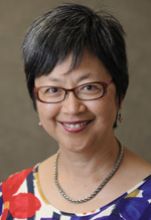 Themes of love and sentimentalism pervade popular music globally.  In this talk, Yano suggests ways that we may critically examine these both at the general level, as well as at the historically, culturally, and nationally specific levels. The case study of postwar Japanese popular diva, Misora Hibari, engages with issues of affect, intimacy, nation, citizenship, and modernity. To these Yano adds the theme of transgression, of badness – engaging the Adorno critique of industrially produced pop music as inherently “bad,” shading “badness” into political and aesthetic divides of power, and suggesting ways by which “badness” may be made “good.”  The badness with which this diva bound postwar Japan (and continues to do so to a limited degree) enable what Yano calls “affective citizenship” – that is, membership in a collectivity loosely structured around the nation (or its parts) and based in sentiment.  The crying nation of Misora Hibari’s realm demonstrates the power and pitfalls of love and sentimentalism taken to political heights.

Christine R. Yano, Professor of Anthropology at the University of Hawaii, and visiting Professor of Anthropology at Harvard University during 2014-2015, has conducted research on Japan and Japanese Americans.  Her books include Tears of Longing: Nostalgia and the Nation in Japanese Popular Song (Harvard, 2002), Crowning the Nice Girl; Gender, Ethnicity, and Culture in Hawaii’s Cherry Blossom Festival (Hawaii, 2006), Airborne Dreams: “Nisei” Stewardesses and Pan American World Airways (Duke, 2011), and Pink Globalization: Hello Kitty and its Trek Across the Pacific (Duke, 2013).