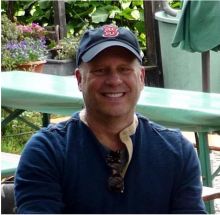 Dreaming is a ubiquitous yet stubbornly mysterious phenomenon. Even dogs, cats, horses, and octopi dream, but in our era of cognitive neuroscience and fMRI there is still no consensus among specialists on what dreaming is for. It seems to be a condition of modernity that dreams are viewed as private matters: they are simply the products of the dreamer’s own mental activity during sleep, nothing more. Even in the relatively rare cases where dreams are deemed to have meaning, it is a meaning generated from within the dreamer’s own psyche and usually concerns the dreamer alone. But from both historical and anthropological perspectives this is a minority view. As a case in point, in this lecture I take up notions of dreams articulated in China between the 4th century BCE and the 8th century CE. I will track the answers articulated or implied in a wide-ranging selection of texts to two basic questions: First, what are dreams? Second, do they carry meaning, and, if so, how should it be ascertained? I will emphasize the enormous variety of answers to these questions—a variety sometimes seen in a single text and shaped by the contexts in which the question was raised. The differences in views on dreaming do not correspond to the usual ways of dividing Chinese culture into distinct religions or “schools”: there was not a single “Daoist” or “Buddhist” (etc.) notion of dreaming. Yet, given a wide enough range of sources, a mapping of the various positions does become possible.

The lecture offers a case study in collective processes of meaning-making from even the most apparently private, personal of experiences. When Chinese people woke from their dreams, they told of them, and it is those social exchanges of narratives that resulted in the extensive record preserved for us to study. Whatever meanings their dreams had, they were meanings made by people in and from their relations to others. But I would argue that their dreams themselves, even before being told of, were already cultural products, already narratives, already constructed sequences of images, even if not constructed voluntarily. Even while asleep we are cultural, story-making beings.

Professor Campany researches Chinese religious history ca. 300 B.C.E. to 600 C.E. as well as the comparative, cross-cultural study of religion. He teaches courses on the history of Chinese religions, Daoism, and East Asian Buddhism, as well as thematic comparative courses (e.g. religion and food, holy persons in comparative perspective, the living and the dead) touching on many religious traditions, cultures, and periods. In all of his research and writing and most of his teaching Professor Campany juxtaposes two sets of things: on the one hand, textual materials relevant to the history of religions in China; on the other hand, questions, approaches, and problems stemming from the comparative study of religions, an enterprise he sees as inherently interdisciplinary and methodologically eclectic. The resulting conversations and collisions teach surprising things about the history of Chinese religions and about how to understand religion.