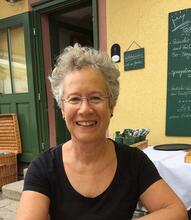 The Council is pleased to present the 60th Edward H. Hume Memorial Lecture in Chinese Studies.

This lecture explores the life of an elite woman, raised in Beijing and educated at a missionary school during the May Fourth era. Daughter of a Beiyang reformer, wife of a Nationalist official educated at MIT, mother of an underground Communist revolutionary, she herself left no direct trace in the public record. She emerges primarily in interviews with her son, and in an unfinished and unpublished historical novel by her daughter. Filial love, household management, sexual propriety, wifely duty, maternal loyalty, domestic cosmopolitanism, and shrewd political judgment mingle in her story, raising questions about where revolution lies and how we should track its less visible effects. Her life illuminates the gendered effects of China’s long revolution, the central importance of women as symbols of the nation, and the limits of what we can know about the past.

This annual lecture in honor of Dr. Edward H. Hume is made possible by the generosity of his family and many friends. Dr. Hume devoted much of his long and vigorous life to working in China and elsewhere in the cause of health care and medical training. He graduated from Yale College in 1897, and received his medical degree four years later from Johns Hopkins University. He worked in India from 1903 to 1905 before going to China, where he founded the Hsiang-ya Medical School and Hospital under the auspices of Yale-in-China in Changsha.