Home » Events » Japan in the Age of Walls: Its Current and Future Foreign and Security Policies in East Asia and Beyond

Japan in the Age of Walls: Its Current and Future Foreign and Security Policies in East Asia and Beyond 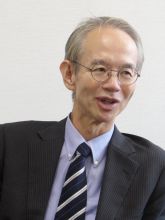 Mr. Agawa’s books include: A History of Constitutional Amendments and Other Changes in America (2016); American History through the United States Constitution (2004, 2013) (for which he received the Yomiuri-Yoshino Sakuzo Award in 2005); Manifest Destiny on the Seas? The Birth and Rise of Pax Americana (edited and coauthored) (2013); The Friendship on the Sea: the United States Navy and the Japan Maritime Self-Defense Force, (2001); and The Birth of an American Lawyer (1986). He is also a co-translator into Japanese of Paul Johnson’s A History of the Jews (1999, 2006). He frequently contributes to various journals and newspapers and engages in public speeches at various fora.

Mr. Agawa has also taught at, among others, the University of Virginia Law School, Georgetown University Law Center, and Tokyo University. He currently sits on the board of councilors of the Suntory Foundation, the Nomura Foundation, and the United States-Japan Council as well as on the board of directors of the America-Japan Society. He serves on various occasions as advisor to the government of Japan. This includes his current membership of CULCON, a group that advises the Japanese and U.S. governments on matters related to cultural and educational exchanges.