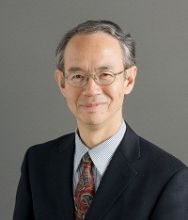 The world seems to be going through many fundamental changes. Some of them deeply worry us or scare us. While they require careful examination and response, they often produce frustration, uneasiness, and uncertainty among peoples and countries of the world. They may also lead to excessive and emotional reactions and irrational denials.

North Korea presents a prime example of these worrisome changes. Trying desperately to survive, Mr. Kim seems to be succeeding in transforming this oppressive and dysfunctional regime into a country capable of launching an ICBM targeted at Washington. An ominous change indeed.

China is another. Mr. Xi’s China seems to have reached the point where no country in its vicinity can afford to defy its immense might. Even South Korea, a robust industrial democracy, seems to be at the verge of succumbing to China’s demand that it refrain from closer and stronger security cooperation with the United States, let alone Japan. China’s ascent to this dominant power status is an even bigger change achieved in a relatively short span of time with far-reaching impact on the world order.

Mr. Trump as the new president is in and of itself a big change for the world. While nothing is wrong about his slogan, America First, questions remain whether his means and style of achieving it is the correct one. His decisions to withdraw from TPP, Paris Accord, Iran nuclear deal and some other international commitments the world has taken for granted may do great harm to the global community as well as to the United States itself. Mr. Trump, contrary to his will, may be weakening America.

Professor Agawa’s presentation will survey these changes in the world and argue that close Japan-U.S. cooperation in the area of security, economy, trade and investment is the key to better cope with these serious challenges benefiting the two countries as well as the whole Indo-Pacific region of the world.

Mr. Agawa’s books include: Understanding America Today through Its Constitution (2017); A History of Constitutional Amendments and Other Changes in America (2016); American History through the United States Constitution (2004, 2013) (for which he received the Yomiuri-Yoshino Sakuzo Award in 2005); Manifest Destiny on the Seas? The Birth and Rise of Pax Americana (edited and coauthored) (2013); The Friendship on the Sea: the United States Navy and the Japan Maritime Self-Defense Force, (2001); and The Birth of an American Lawyer (1986). He is also a co-translator into Japanese of Paul Johnson’s A History of the Jews (1999, 2006). He frequently contributes to various journals and newspapers and engages in public speeches at various fora.

Mr. Agawa has also taught at, among others, the University of Virginia Law School, Georgetown University Law Center, and Tokyo University. He currently sits on the board of councilors of the Suntory Foundation, the Nomura Foundation, and the United States-Japan Council. He serves on various occasions as advisor to the government of Japan. This includes his current membership of CULCON, a group that advises the Japanese and U.S. governments on matters related to bilateral cultural and educational exchanges.