The Legend of the Beautiful Ghost Cat / 麗猫伝説 (1983) Film Screening 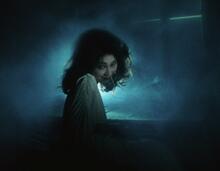 麗猫伝説 Reibyo Densetsu / The Legend of the Beautiful Ghost Cat
Directed by Obayashi Nobuhiko Japan, 1983
In Japanese with very rough English subtitles
Screened on Blu-ray courtesy of Tsuburaya Productions
Free and open to the public

Obayashi Nobuhiko, famed director of House and Hanagatami, directed this homage to the history of Japanese cinema as a mix of Sunset Boulevard and ghost cat movies. Featuring Irie Takako (star of Mizoguchi’s The Water Magician), the story revolves around a young scriptwriter entranced by a reclusive old movie star who might not be what she seems. This rarely screened film was made for television and broadcast as part of the Tuesday Suspense Theater.

This is a public screening that is part of the Obayashi Nobuhiko Workshop, a closed event.